Hold on! There’s a lot of mileage left in those old sneakers!

Nike likes to refer them as used kicks. That’s street jargon and marketing speak for what most of us refer to as funky, old, worn out sneakers. Except Nike wants the world to know there’s a place for all those used kicks—and it’s not in landfills, much less the back of your closet: It’s back in play as sports fields, basketball and tennis courts, running tracks, and gym floors. 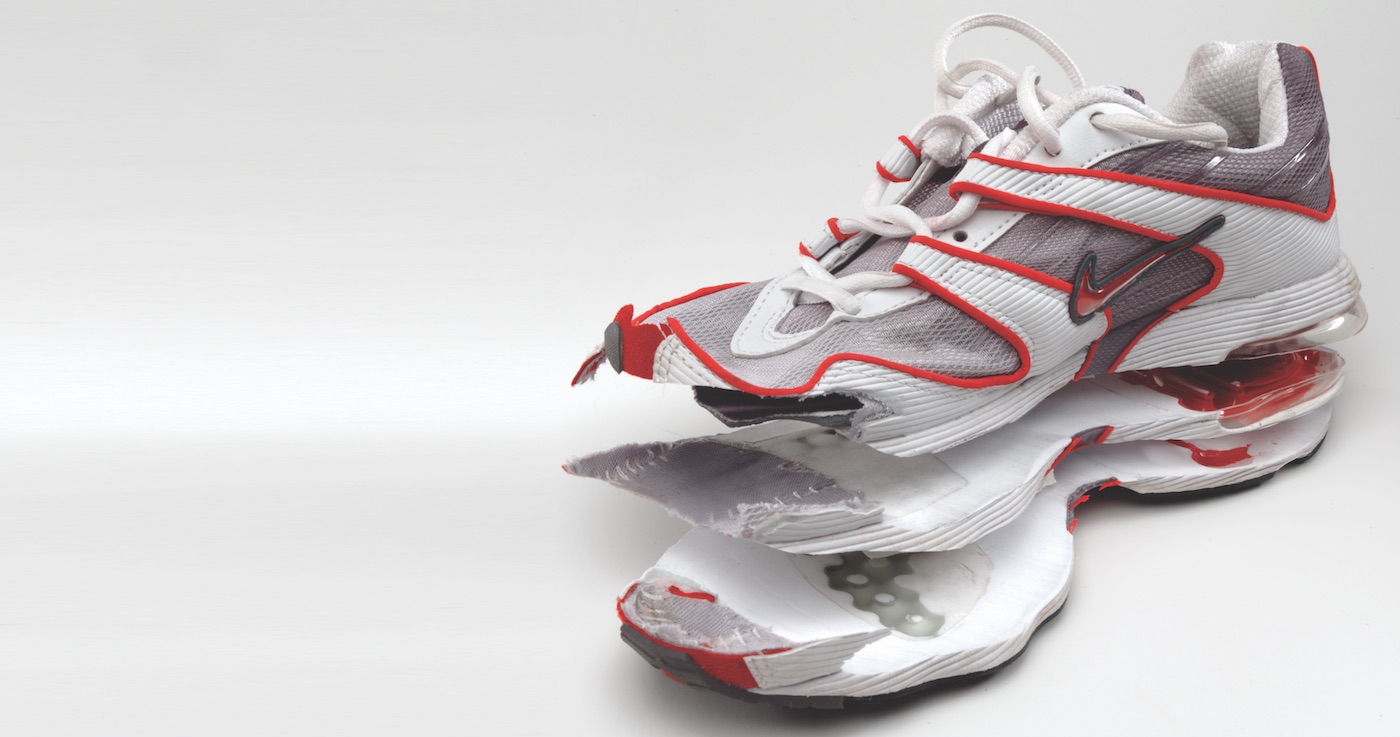 Call it Nike Grind. And label Nike’s twelve-year campaign to collect, remanufacture, and transform those old kicks as the ReUse-A-Shoe program. The net result is new applications for old kicks in the form of rubber and foam materials ideally suited for use in the construction of sports surfaces.

With Nike ReUse-A-Shoe bins available at more than 300 locations in the United States, Western Europe, Australia, and New Zealand, Nike likes to say that it’s becoming easier than ever to find a sneaker recycling facility near you – and even easier to toss your kicks in a bin and let Nike take care of the rest.

Your once-beloved sneakers can hitch a free ride to recycling facilities in either Tennessee or Belgium. The Memphis center uses a “slice-and-grind” technique, where each shoe is cut into three slices—rubber outsole, foam midsole, and fiber upper. The slices are then fed through grinders and purified. The Meehout, Belgium facility grinds shoes up whole, then passes the material through a series of complex separators.

But no matter how your shoes are reprocessed, the end result is the same: three high-quality Nike Grind materials ready to be put back in the game:

Nike Grind Rubber, made from the shoe’s outsole, is used in track surfaces, interlocking gym flooring tiles, playground surfacing and even new Nike products, such as the outsoles of high-end athletic kicks. It’s also used in trim items like buttons and zipper pulls.

Nike Grind Foam, made from the shoe’s midsole, is used as a cushion for outdoor basketball and tennis courts, as well as football and soccer fields.

Nike Grind Fiber, made from the shoe’s fabric upper, is used in the creation of cushioning pads for facilities like indoor synthetic courts and wood courts. 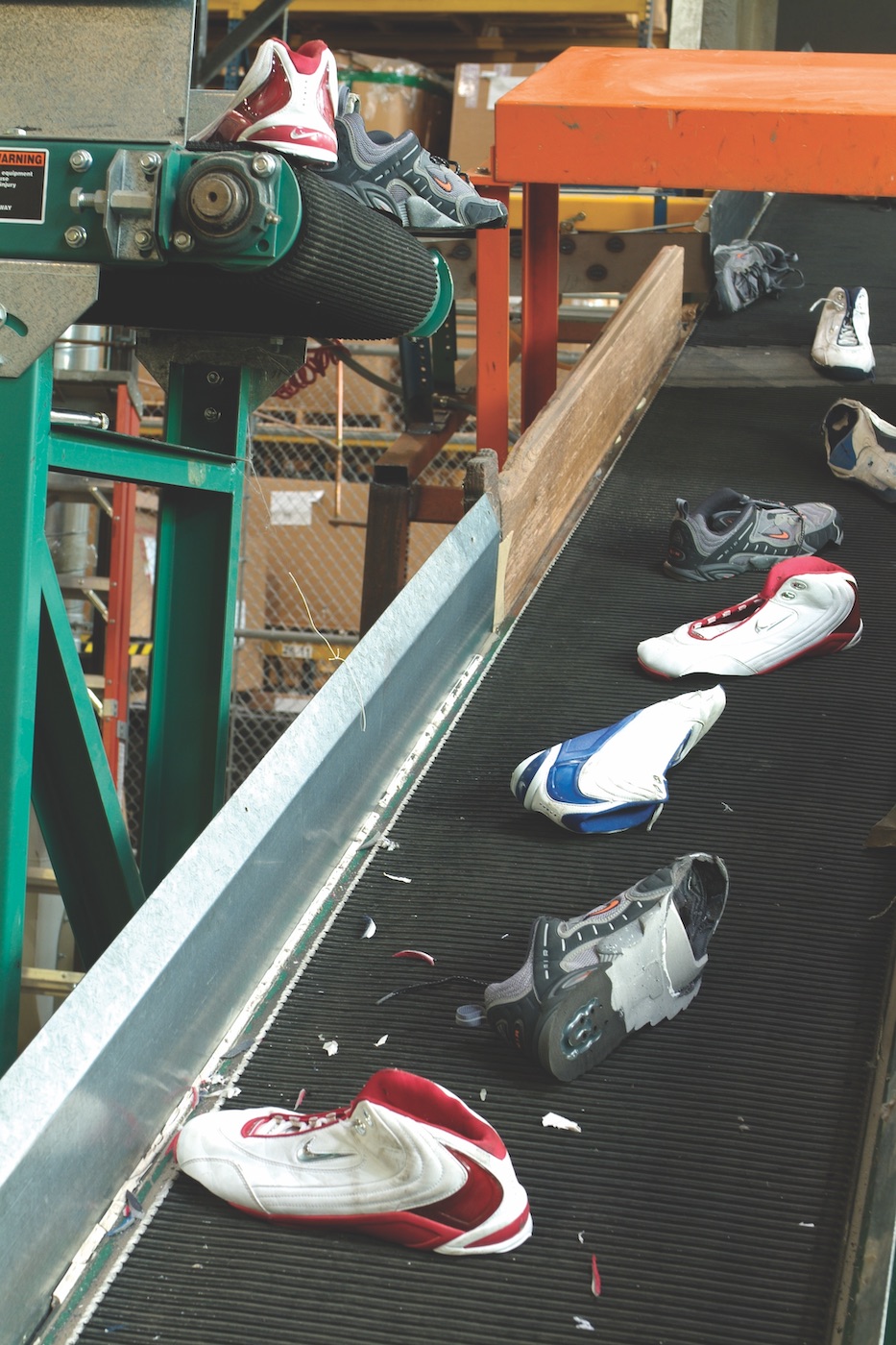 Check out this list for the part of the shoe that’s used, and approximately how many pairs of shoes generally go into each type of surface containing Nike Grind:

No matter how you cut (or grind) it, that’s tons of shoes; the Re-Use-A-Shoe program has collected roughly 25.5 million sneakers worldwide. The resulting Grind products have been used at sports facilities of all sizes and scales around the globe from Olympic venues, to Manchester United Football Club, to neighborhood playgrounds across Oregon.

The Eugene area has several athletic facilities with Grind in play. Two notable examples are the running track at South Eugene High School and the Margaret Johnson Bailes Track surrounding the sports complex at Arts & Technology Academy in West Jefferson neighborhood. The tracks are the product of grant money from Nike and community partnering between groups such as 4J Schools, Eugene Parks & Recreation and the Oregon Track Club.

Making DIY possible:
Bringing out your creative side at Board and Brush