A project 20 years in the making, the Corvallis Museum, which is home to the Benton County Historical Society’s massive collection of Oregon’s natural and cultural past, is finally finished and open to the public.

The exterior of the building is impressive. The large, open foyer welcomes you in, beautifully and naturally lit to bring immediate attention to both the displays on the walls and Bruce the Moose on the far end, kindly guarding the entrance to the upstairs galleries.

The openness continues throughout the museum, inviting you to explore Oregon’s history in bright rooms and creative displays featuring hands holding informational tablets, mini collections lining hallways, a wall of dogs, and canvases and framed works on hinges so you can learn more.

“One of the great things about this building is that you never get lost in this,” says Benton County Historical Society executive director Irene Zenev. “You always know where to go.” 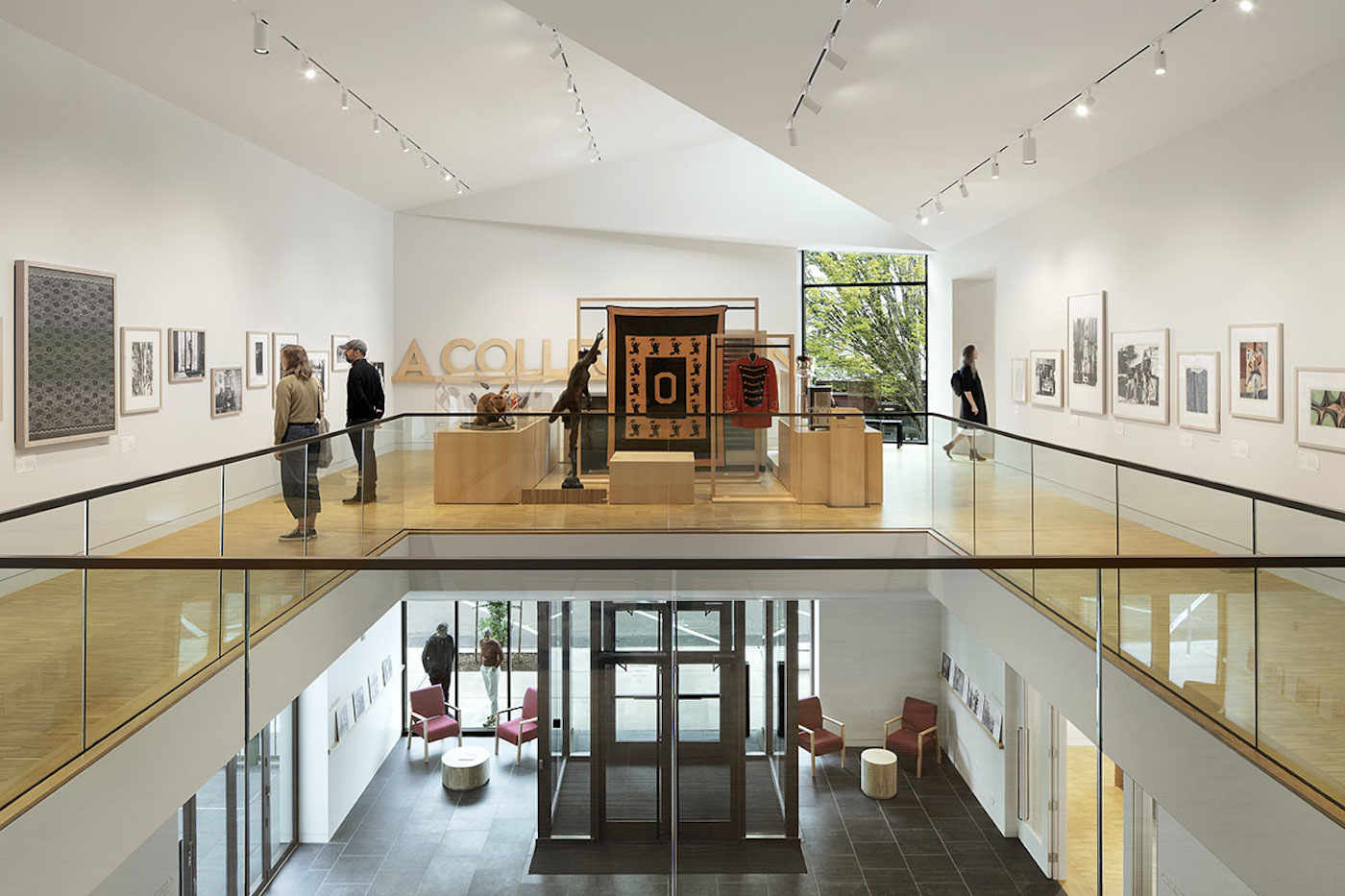 Chelsea Grassinger, principal at Allied Works Architecture, says the firm (who won the bidding process) was inspired by both the location in downtown Corvallis and the immense collection itself.

“It’s so incredibly diverse,” Grassinger says about the collection. “And one of our primary goals, even during the competition phase was to conceive of the building in a way where we could really bring the collection outward to the community. It had been, up until that point, pretty concealed in the Philomath storage facility.”

Grassinger says that in one of the early conversations they had with Zenev struck a positive and resonating chord when she talked about her curatorial approach, describing it in a way that that was much more sort of innovative, exciting, and artistic approach to framing the collection.

“That really inspired us to do a lot with the building to support that,” Grassinger says, “allowing for a lot of transparency into the galleries. That’s what the nature of the upper-story windows is, that they’re inflected toward the street, so you get views into the galleries and down the street.”

The building has multiple galleries and show spaces, a gift shop, a courtyard, and a multi-purpose room that can host events, conferences, school groups, and more. It’s respectful of the historical society’s needs while simultaneously blending in with and standing out among the downtown architecture. 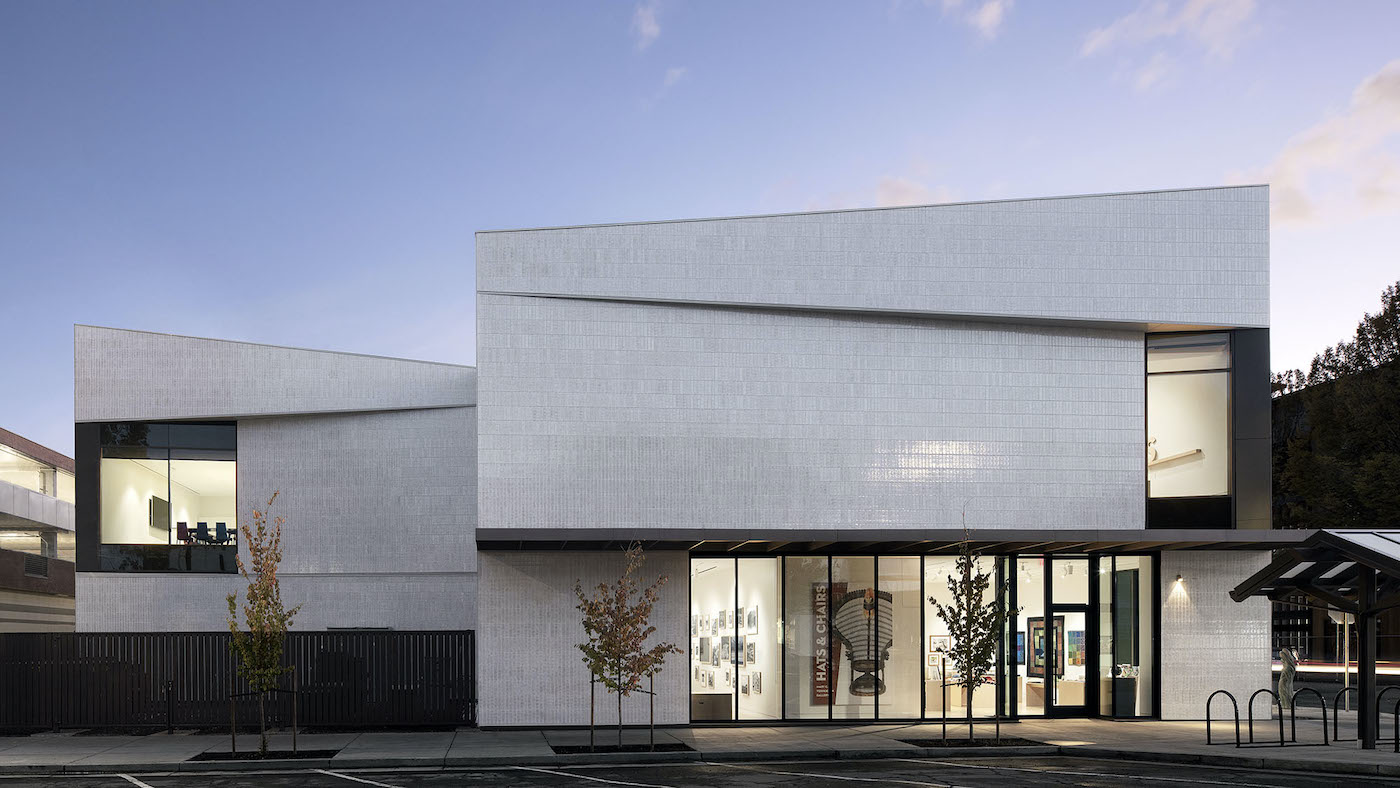 “For the building design itself, we were very inspired by the history fabric of downtown Corvallis,” Grassinger says. “The site is really sort of at the edge of that historic core. And the nature of the four bays on the building is really in response to sort of the scale and massing of the historic district and the scale of the storefront fabric.”

While Portland-based Allied Works typically does work on more of a national and international scale, landing a local project was exciting for the firm.

“Talking with Irene from the outset, we all just clicked,” Grassinger says. “We definitely resonated in the approach to the work. And she was excited about our process and our work. . . . We have a lot of pride in contributing to architecture: the architectural fabric and legacy in Oregon and particularly Corvallis. It was a really special opportunity for us.”

Why We Love Lane:
Winners of our Local Lens Contest

Local summer fun:
Family-friendly activities to help you get out and enjoy the season