In the midst of the hottest weekend on record, Medford-based Portrait Slam took over the Shelton McMurphey Johnson House for #AndrogynySlam, a collaborative effort between models, photographers, and local businesses. They battled the extreme heat with misters in hand to promote connections and build relationships.

“The community and everybody who traveled were super positive,” co-founder Courtney Toll says, who started the project with her husband, Travis. “We really didn’t have people complaining, and that was impressive. It’s hard to keep a good attitude when you’re hot.”

The couple started Portrait Slam after Travis was once granted access to photograph the former Medford Elks Lodge (now called the Lodge on Central). The owner was trying to bring the building back to life and renovated the space. He wanted to share such an amazing location with other photographers and creatives. 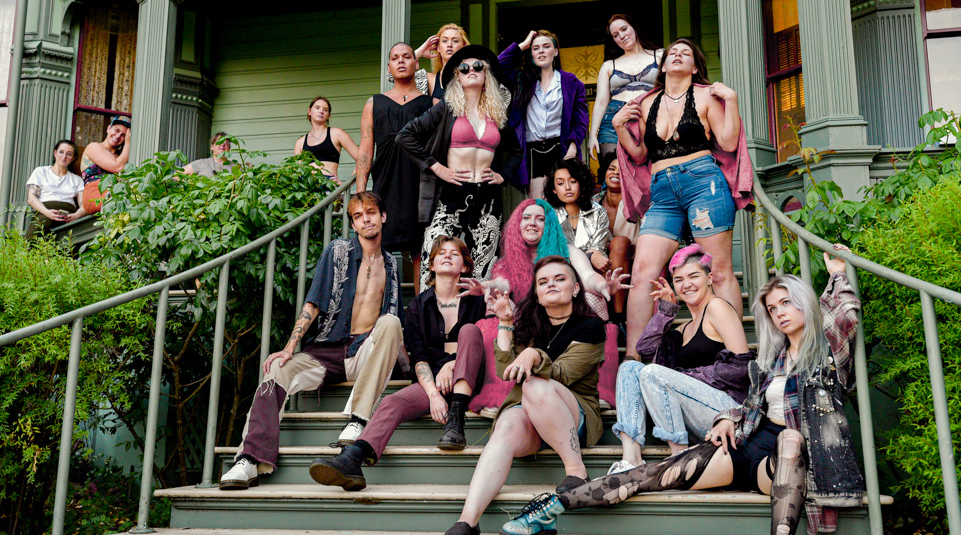 “We just invited models and photographers,” Travis says. “We had a general theme and people came together. And right away I was like, this is a lot of fun. People were blown away by the space, but also really excited to meet each other and be together. And they were having a blast all the way through and all the creativity everywhere you looked. And afterwards, all these great photos came out and we were pretty much hooked after that.”

After a few Portrait Slams in Medford and seeing an increase in creatives who were traveling to participate, they started taking the idea on the road.

“We started this in Medford for the Medford community, but we had people increasingly traveling,” Courtney says. “And so we’ve been traveling based on popular demand, really, and have seen it grow from there. And it’s amazing to see people continue to travel.”

Later this summer, they’re headed to the East Coast for the first time.

“Different communities really have their own cultures,” Courtney says. “So what works in one community isn’t exactly what works in another community as far as finding people. So it’s been that kind of intersection and cross-pollination of culture has been so interesting and really motivating to continue to grow it.”

Each Portrait Slam is invite-only, chosen by Travis and Courtney. They bring together photographers and models on all experience levels to foster professional relationships, creativity, and fun.

“We always say everybody has something to learn, and everybody has something to teach,” Courtney says. “At Portrait Slam, people learn from one another. [With two photographers,] they’re listening to each other, directing models, and talking about gear and what they’re shooting with. And then from a model perspective as well, they’re learning from how other models are asking for feedback and how they’re responding to different kinds of prompts.” 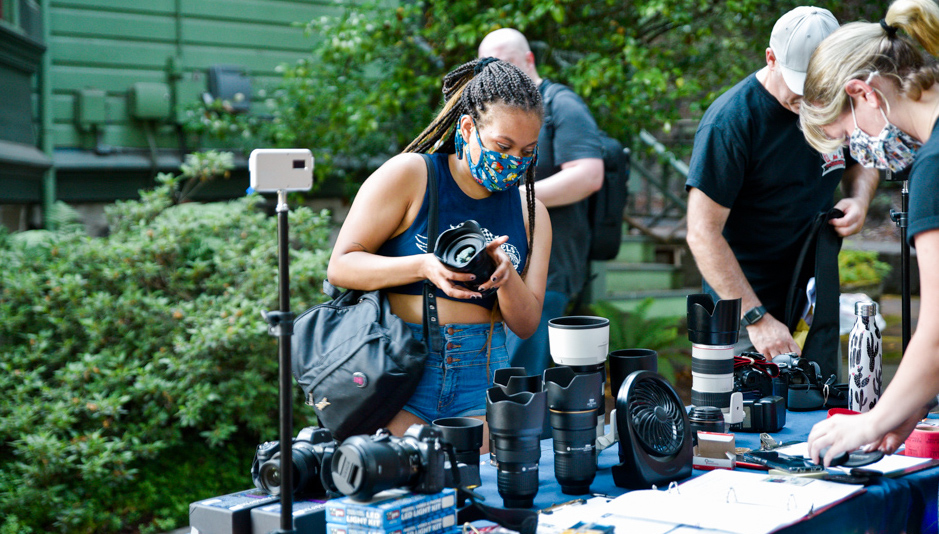 Everyone benefits from participation in a Portrait Slam.

“It’s really across the board what motivates people to come to the events,” Courtney continues. “And really, what we’ve seen is the growing community effort. So people now come also to just connect with friends throughout COVID. There have been so few opportunities for people to connect in person and to engage in creative play in person. So that’s been a major benefit for the people who attended our events.”

The couple always seeks out diversity in photographers and models, learning along the way.

“We have created, based on a lot of trial and error, created like a structure, a format that leads to the creation of an events that is really community positive and inclusive, which is really unique,” Courtney says. “You’re kind of fostering a community where it isn’t just a club of everybody being the same. It’s setting up a structure that allows for creative freedom, which is not an easy thing to do.” 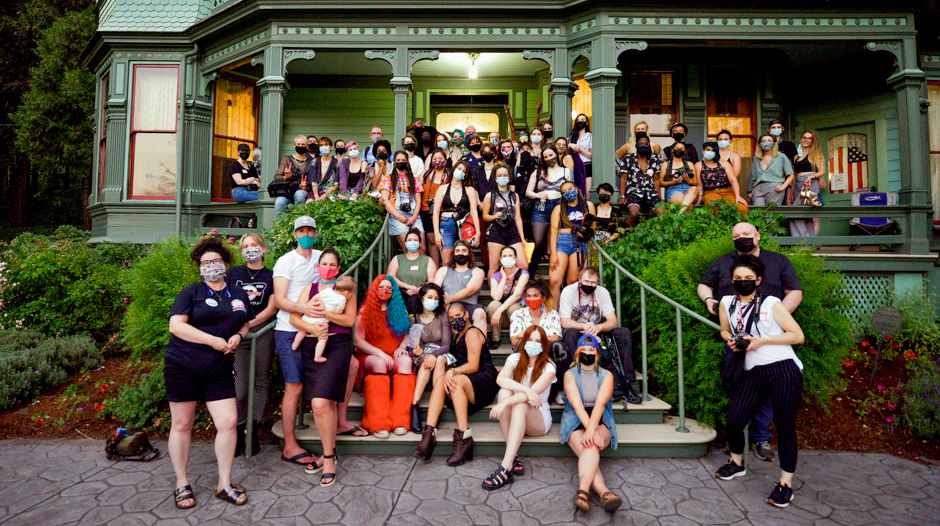 This recent Portrait Slam in Eugene (#AndrogynySlam) at the Shelton McMurphey Johnson House featured wardrobe from The Clothes Horse and camera equipment from The Shutterbug, and sponsored by Tamron USA. They also hope to highlight amazing locations.

“We tend to really highlight underrepresented places,” Courtney says. “So whether it’s a historic property that even the locals don’t really know that much about or like, a wrecking yard. . . . It’s a great opportunity for a venue to really kind of play creatively.”

Ultimately, they seek to connect creatives in a safe space and promote inclusivity.

“We’ve opened up guest passes in order to ensure that we can remove any barriers for Black, Indigenous, and Persons of Color to attend our events,” Courtney says. “It’s taken focused effort rather than just a general ethos.”

The next Portrait Slam is on July 10 at Empowerment Central PDX, a BIPOC-powered studio in Portland. #EmpowermentSlam is themed on 1980s athleisure fashion.

The 5th Street Market Expansion:
A first look at The Gordon Hotel and Market Alley

Family-style Takeout:
A meal from your favorite restaurant to be shared at home