The Magic of Moss

Shade can be considered a curse, but it’s a blessing when it comes to growing moss. The best indicator of a moss’s ability to flourish is to observe where it grows naturally. Moss thrives where other plants often don’t grow. It will succeed in shade or partial sun, on compacted soil, and even in poor drainage. If a traditional lawn is not possible, try this basically free and barefoot-friendly ground cover. It will grow on anything as long as its shade and moisture requirements are met.

Moss is a problem solver. It can assist with erosion control, helping to prevent the ground from washing away. It’s helpful with wet, soggy zones, where it absorbs moisture. Basically, it’s a green sponge that sucks up moisture. Absorbing wetness through its leaves, morning dew can be enough to water it.

Moss is easy to plant—in spring or fall is best. Take moss from places where it was abundant or purchase it (it’s usually sold in pieces).

I like to encourage moss to grow on the bare soil of a newly landscaped shade garden. At the new site, I rough up the ground with a hoe and place the moss pieces on it, slightly overlapping the edges as I go, getting the ground pretty wet, then tamping the new planting down again. You will know it is getting established when you see new growth on the edges and tips.

Letting moss grow between stepping stones is very effective. Just put down the stones on the bare soil, add some bits of moss the size of a nickel, and they will fill in around the stones’ edges. 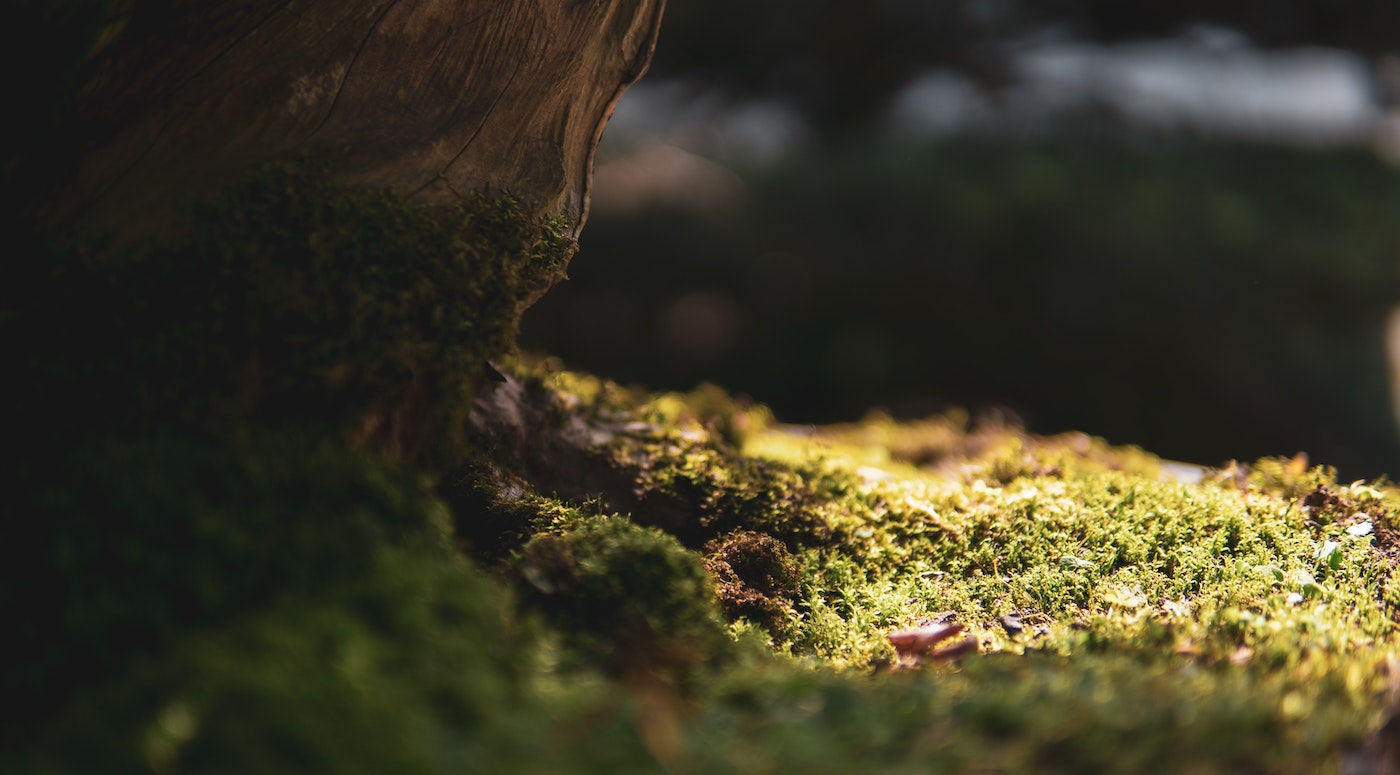 After I finish clearing and preparing a space to promote moss growth, I focus on adding other shade-loving plants for nearby edges of the mossy zone. That might include spring bulbs, ferns, or Japanese maples.

Moss is cost-effective. If you are so fortunate as to already have moss growing, you can encourage it to spread. I’ve used a hoe to slice out 4- to 5-inch sections and move them to another spot. You don’t need to bring a lot of soil with the cutting—just enough to keep the moss together.

When considering soil types to encourage moss growth, forget about fertilizer, which it doesn’t need and, in fact, doesn’t like. It requires minimal maintenance—a little watering during dry spells and weeding now and then by hand or with a string trimmer. I simply keep mine free of debris with minimal weeding as needed until the moss is established. Hand weeding about twice a year is sufficient after that. Moss gets its nutrients from dust particles in rainwater and in the air. Its leaves, through which it takes in all its moisture, are only one cell-layer thick. During the hot summer months, this barefoot-friendly ground cover can get by with only five minutes of rehydration every few days. Also, it doesn’t ever need mowing.

Probably one of the biggest misconceptions about moss is that it is delicate. You can walk all over it—though I wouldn’t play football on it.

There is so much textural variety with moss. When you mix differing species, you can create something very beautiful, almost like a tapestry. Often, varieties grow together, with four or five intertwined. Take a visit to Portland’s Japanese Gardens for a viewing of a classical Japanese moss garden. You will be both stunned and inspired.

Branching Out:
Get early spring blooms from cut winter branches