Into the Rhododendron Garden

An international showcase rooted in local history at Hendricks Park

“It becomes spring here sooner than anywhere else in town because the flowers start blooming so early,” says Emily Aune, a park specialist at Hendricks Park, Eugene’s oldest park. “Part of it is the specific flowers planted here. The viburnums are amazing, the hellebores, and the rhododendrons.” Aune is one of two full-time staff members tasked with maintaining the 10-acre rhododendron garden and its more than a thousand varieties of rhododendrons.

The James Barto bed was the first rhododendron bed planted in Hendricks Park. Barto’s farm out in Junction City was home to an extensive collection of rhododendrons and azaleas that he acquired from the Royal Botanical gardens in Kew-Surrey, England, and Edinburgh, Scotland, along with rhododendrons native to China, Japan, Korea, India, Siberia, Mongolia, and the Himalayan mountains, according to a 1930 Register-Guard article.

“When he died, his family donated a whole bunch of rhododendrons to Hendricks Park, and it was the first bed that was planted,” Aune says. Now, there are thousands of varieties of rhododendrons in the park. “We have a couple different native rhododendrons, but the rhododendron garden mostly hosts hybrids or species that are native to China, Tibet, or the Himalayas,” Aune says.

The garden is at its best starting in February through June. Three specific rhododendrons bloom during February in Hendricks Park: the Rhododendron ririei from China has a lavender colored bloom that can be found along the main loop of the rhododendron garden; the Rhododendron sutchuenense, another species from China, can be seen in the Native Plant Garden while driving through the park on Floral Hill drive; and a hybrid called “Christmas Cheer” lines the pathways below the Rock Garden. 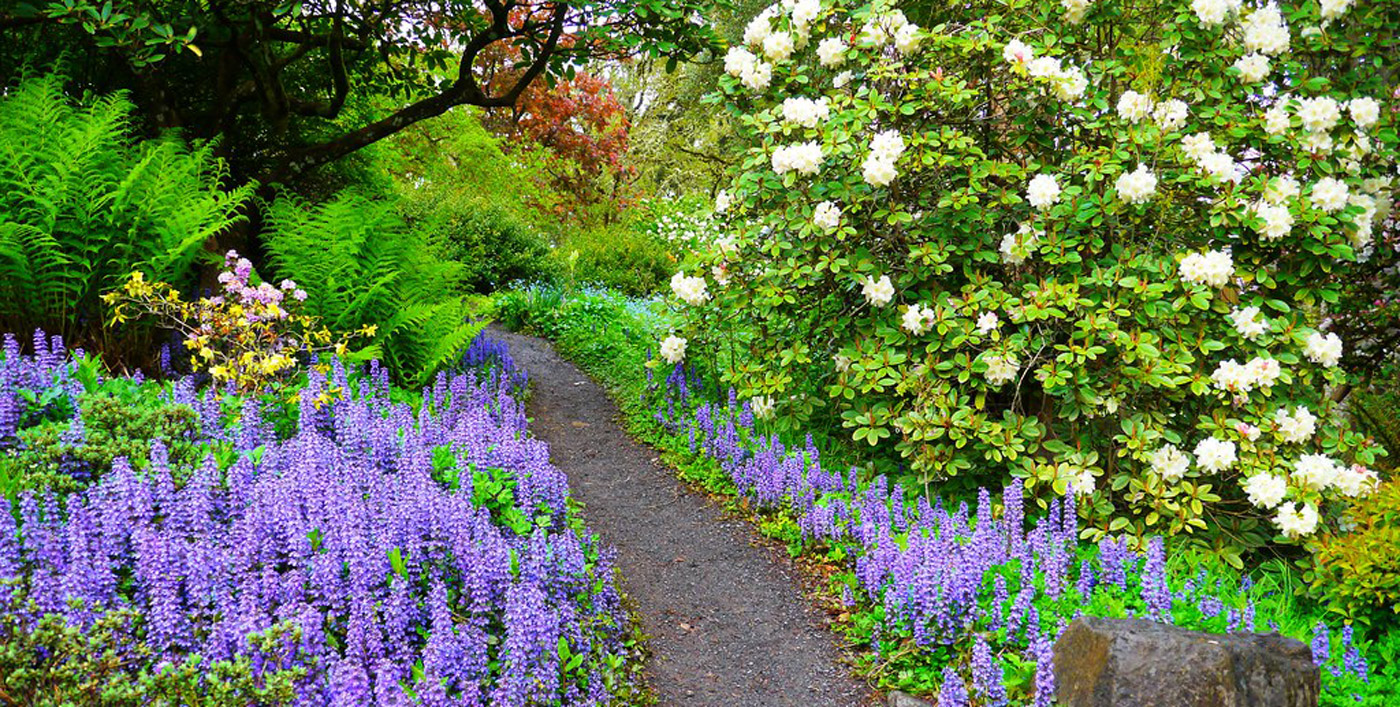 Currently, Aune says, the park is working on new labels and plaques for the flowers. These plaques are funded by the Friends of Hendricks Park, a nonprofit organization that Aune says donates annually to help make the rhododendron garden special.

“I think they’re just a beautiful plant,” Aune says. “They’re here to be a garden, not necessarily to try to mimic our natural landscape. This is a very large collection of rhododendrons from all over the world. So it’s more of a showcase in a garden variety more than anything. It’s just a peaceful place.”

Aune says the garden means a lot to the community as well as herself. “The garden is educational, but mostly it’s just a place to come to escape,” she says. “It’s in town, on a huge plot of land that’s still within city limits, and there’s something for everyone. There are garden trails, forest trails, and running trails. Rhododendrons in particular are pretty well suited to our climate, deer don’t eat them, and they are evergreen. There’s a much bigger variety here than what we see in typical landscapes.”

Rhododendron foliage can be extremely varied. Aune says some rhododendron leaves have a metallic underleaf, some are soft and fuzzy, and some are white on the underside of the leaves. 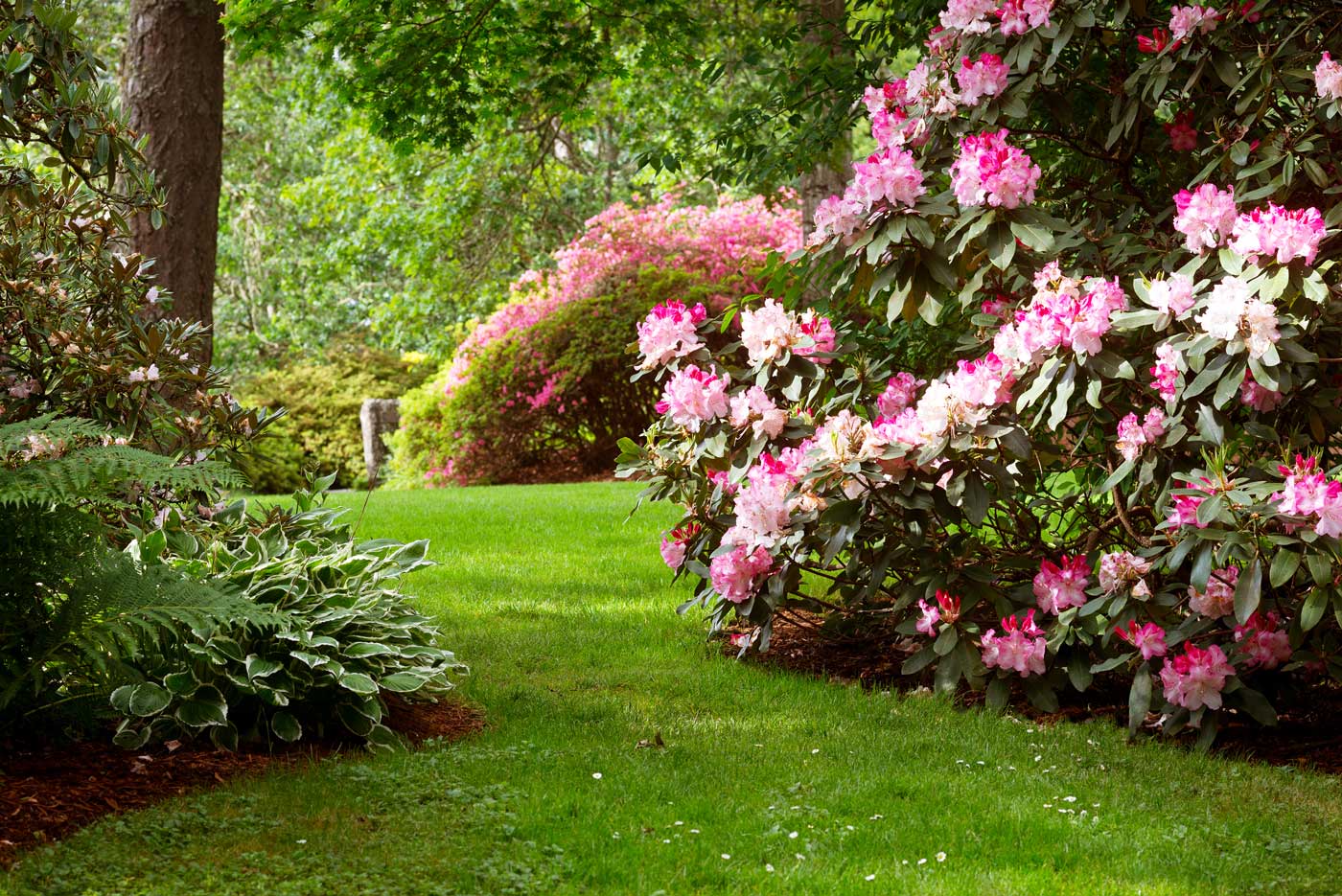 “The involvement of the community with the park is also amazing,” she says. “My connection with the volunteers who work here and the Friends of Hendricks Park, members of the rhododendron society who donate plants and help educate me, just makes this such a diverse job, and I gain inspiration from them every day.”

Hendricks Park is located at Summit Ave. and Skyline Blvd. in Eugene

Fall is for Planting:
Finding foliage to enjoy when the seasons start turning

Seasonal Gardening:
What to do in your garden this winter