The Buzz about Bees

Nationwide, nearly one out of four honeybee colonies died over the 2013-2014 winter. Mine made it through and seemed to thrive. Then one of my hives swarmed. They got mites, a parasite that weakens them. After a large animal knocked my remaining hive over in October and then again two weeks later, my bees absconded, I think, which means they flew off in search of a better place.

Even experienced beekeepers don’t always understand what goes wrong when a hive leaves or dies. We do know that bees are under siege from parasites, disease, pesticide use, nutrition problems, and unexplainable die-offs. That mystery is part of the appeal—despite the unknowns, beekeeping is exciting. Bees literally buzz with energy as they perform their endless tasks. Beekeeping can be a meditative pleasure, a hobby, or a lifestyle. It’s easy to get started but there’s a bit of a learning curve.

Typically, beginning beekeepers place an order for a package of bees from GloryBee or from Bill Bezuk, owner of Eugene Backyard Farmer, over the winter, then pick up the package in April. The package will come with about 3,000 bees and a queen who is ready to start laying eggs. After installing the bees in their new hive, they should feel at home.

Bezuk holds two-hour introductory classes on Sundays, from February through mid-April. “We definitely recommend getting your knowledge ahead of time—do some reading or attend a class like the one we provide,” Bezuk says. “Learn what it entails and make a decision before your bees arrive. It’s pretty darn easy to do but there is a commitment and you can’t back out of it because 30,000 bees are relying on you!”

Philip Smith, owner of Blessed Bee Honey, got his first two hives 41 years ago. He now has 35, even after losing several over the winter. Last year, he harvested 4,000 pounds of honey, which he sells only at farmers markets. “There’s a lot of good reading on the web and good books at the library,” says Smith. “We have Lane County Beekeepers Association, and a lot of beginners join up there.”

Smith urges everyone to avoid using chemicals in their lawn and garden, and talk to their neighbors about chemical usage. He also wants everyone, not just beekeepers, to plant more bee-friendly flowers. “Bees need a lot of forage,” Smith says. “After the blackberries finish off, it starts to get sparser, and then it’s things that people plant that’s real important.” 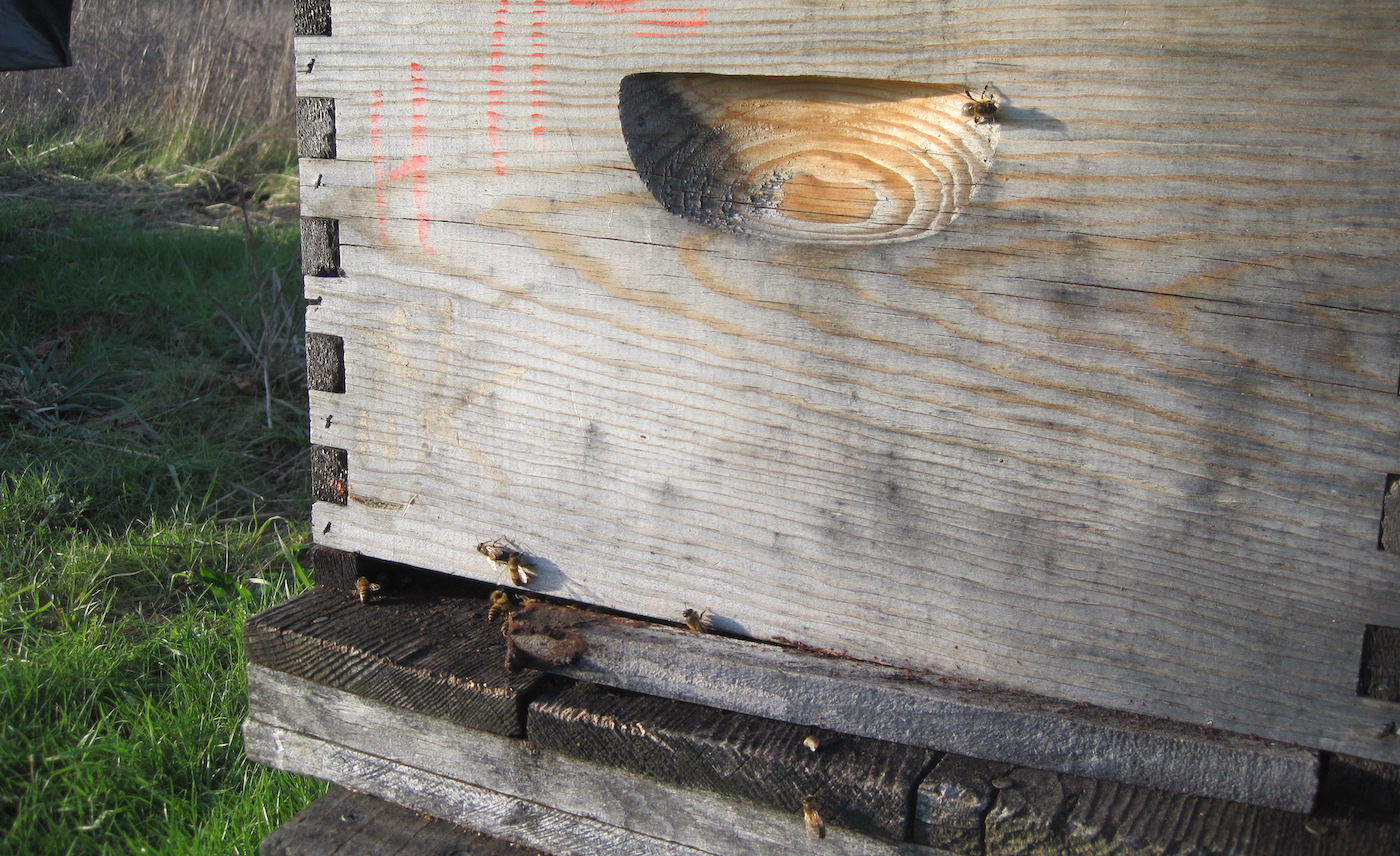 Kim Vander Sys owns Bear Mountain Honey. He manages 650 hives that are scattered around Creswell and Pleasant Hill. He grosses about $400 per hive and has supported himself through beekeeping since 1981. He typically harvests 100 barrels of honey in a healthy year, with each barrel holding 55 gallons.

Vander Sys grew up in central Michigan, where, during the long winters, he did nothing but read. An early fascination with insects led him to bees. He ordered his first package of bees from a Sears, Roebuck, and Co. catalog at the age of 8 in 1961. He’s 61 now, with a long grey ponytail and a still-strong Michigan accent.

“It was a hobby and it got out of hand,” he says dryly. If you don’t want to order a package of bees, which can cost $100 or more, and you don’t mind playing a wait-and-see game, try capturing a swarm with a bait hive. This is an empty, ready-to-move-in hive that is scented to attract bees.

Swarms sometimes break from their established hives in an effort to increase the population by starting a new colony. “Capturing a swarm with a bait hive is easy to do, especially if you live near a commercial producer, because they won’t be able to capture all of the swarms,” Vander Sys says. This also works in a neighborhood populated with other beekeepers. 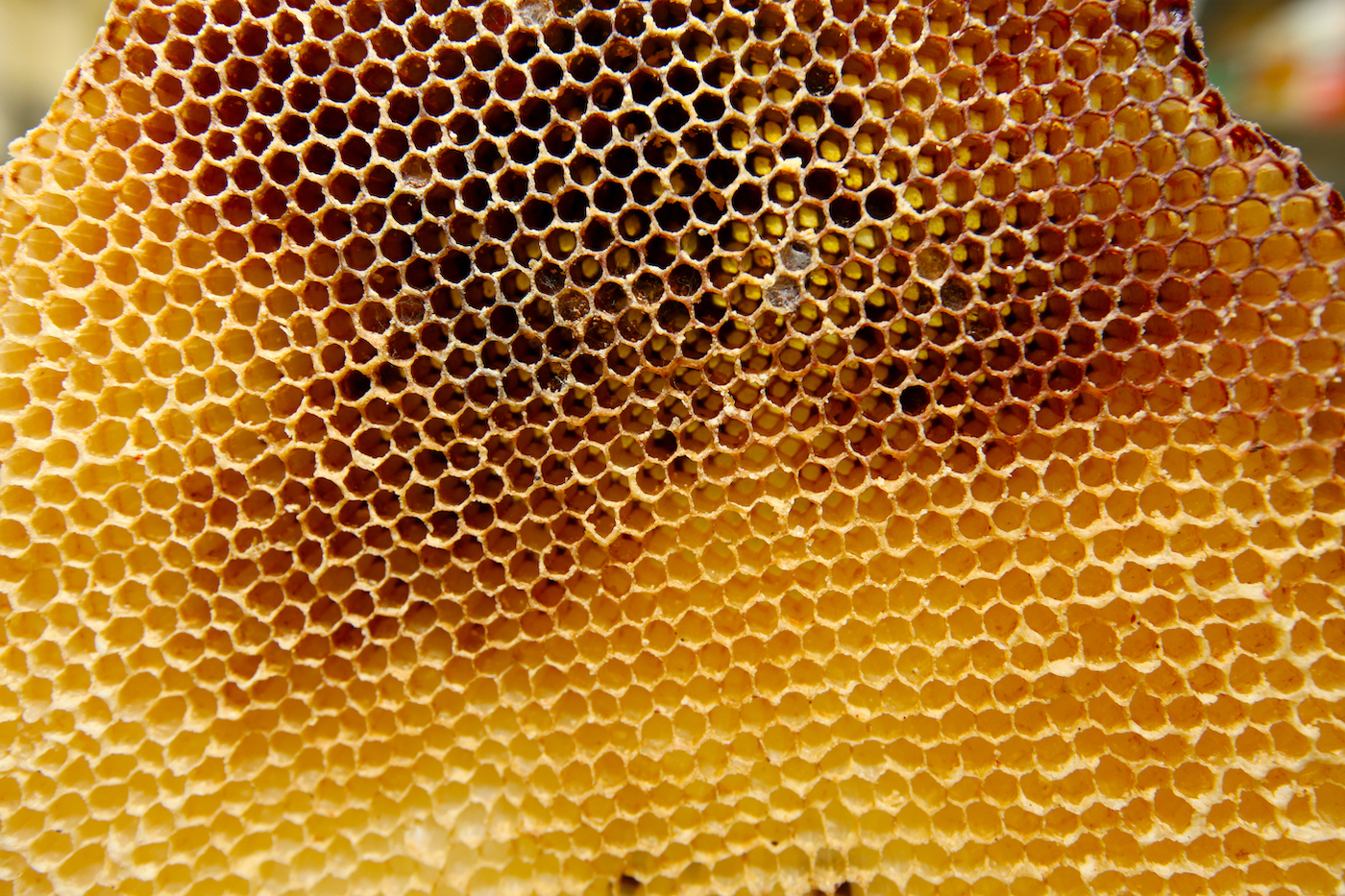 If you are ready to dive into beekeeping, GloryBee’s annual Bee Weekend event is a good place to start. You can observe demonstrations, ask questions, meet other bee enthusiasts, and, perhaps most importantly, learn what you can do to protect bees whether you are a beekeeper or not.

“The purpose of Bee Weekend originally was to have beekeepers come in and pick up their packages of preordered bees,” says Bonnie Larson, GloryBee’s marketing manager. Now, it is a two-day family and community event that brings together beginner and expert beekeepers, pesticide awareness organizations, and gardeners. Last year, the American Beekeeping Federation sent the American Honey Queen to Bee Weekend. Attendance is free.

Dick Turanski, GloryBee founder and beekeeper, and his son and vice president, Alan Turanski, provide extensive bee care instruction, including demonstrations, throughout the weekend. Bee Weekend is usually mid-April but the dates can change, because the ability of the queens to mate is weather-related.

“We want to educate people on what they can do to save the bees,” Larson says. “Even if they’re not ready to be beekeepers they can find out what’s involved in it and what varieties of flowers they can plant so bees can forage.”

Bees are wild creatures, and even though we attempt to manage them, they do their own mysterious thing. Setbacks or hive losses often just encourage the budding beekeeper to try again, with more knowledge or better technique.

Growing Lemons In Eugene:
You can do it!