Is the decision to grow flowers rather than food something Claire Aldersong should feel guilty about? Not at all. Aldersong, along with her husband, Josh, run Flicker Townes Farmette, a flower farm named after the middle names of their two young children. “I felt like if I was going to be a farmer that I should be growing food and I had to justify it,” Aldersong says. “But beauty is important, too.”

Aldersong, who considers herself a “farmer florist,” grows an abundance of flowers and also does floral design and arrangements for weddings and for purchase at her front-yard farm stand. Years ago, Aldersong went to Oregon State University and earned a horticulture degree. Then she and Josh were pregnant with their first child and agreed to buy a restaurant, community favorite Morning Glory Cafe. That put her farming dream on hold until their second child gained a little independence. “There was a little bit of space where I could start experimenting with farming,” she says. “I always wanted to do it, I just didn’t know it was going to be flowers.” 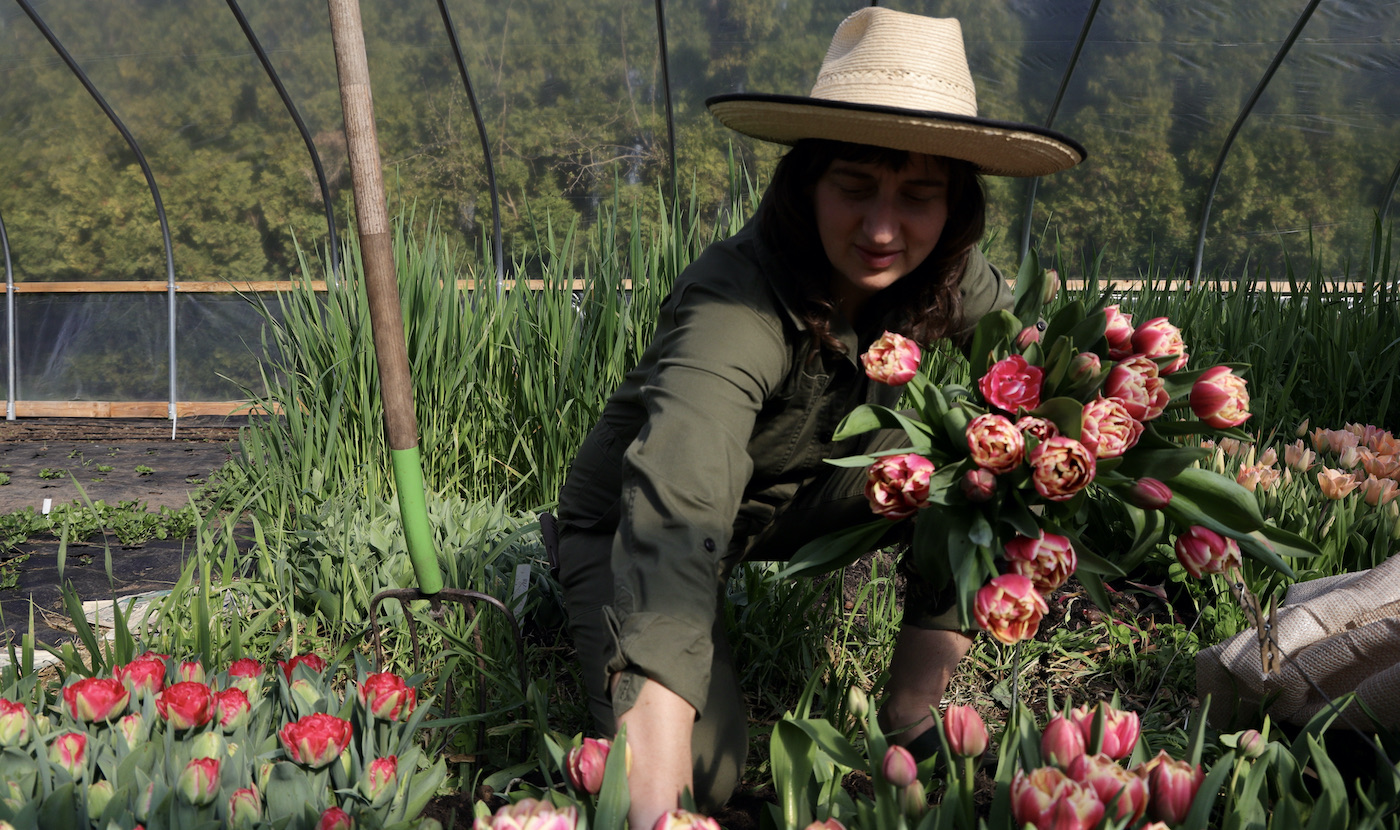 When Josh isn’t helping at the restaurant, he helps Claire with the infrastructure, bed prep, and grounds-keeping at their 1.2-acre homestead off River Road. They also have a part-time seasonal assistant. Aldersong has added more beds and more flowers each of the six years they’ve lived on the property. She is up to about a quarter of an acre of beds, still leaving plenty of room for her kids and Pepper, their poodle terrier, to run around.

She sells her flowers primarily through her front-yard farm stand and through a CSA called Flower Club. Those subscribed to the CSA get a bouquet every week for six, seven, or 13 weeks. The farm also supports heritage ducks and has those eggs for sale.

“My flowers stay fresh about 10 days—so, often, you get your new bouquet and you still have your previous one, too,” she says. Aldersong posts flowers for sale on her Instagram and invites people to visit the stand to pick them up. She says it’s rewarding to be sitting at the breakfast table and see families walk up to the flower stand as the destination for their daily walk.

The Aldersong kids enjoy the flowers, too. “They just go and grab a handful of rose petals and throw them around or take them into the bath,” Aldersong says. “When the roses are in bloom, we live and breathe roses.”

COVID has disrupted the global flower supply, and although many weddings and other events that would normally utilize flowers have been canceled, Aldersong says demand for her flowers has actually increased. People are seeking local products more in general, and supply-chain disruptions due to COVID have shined a light on the importance of local businesses and products. 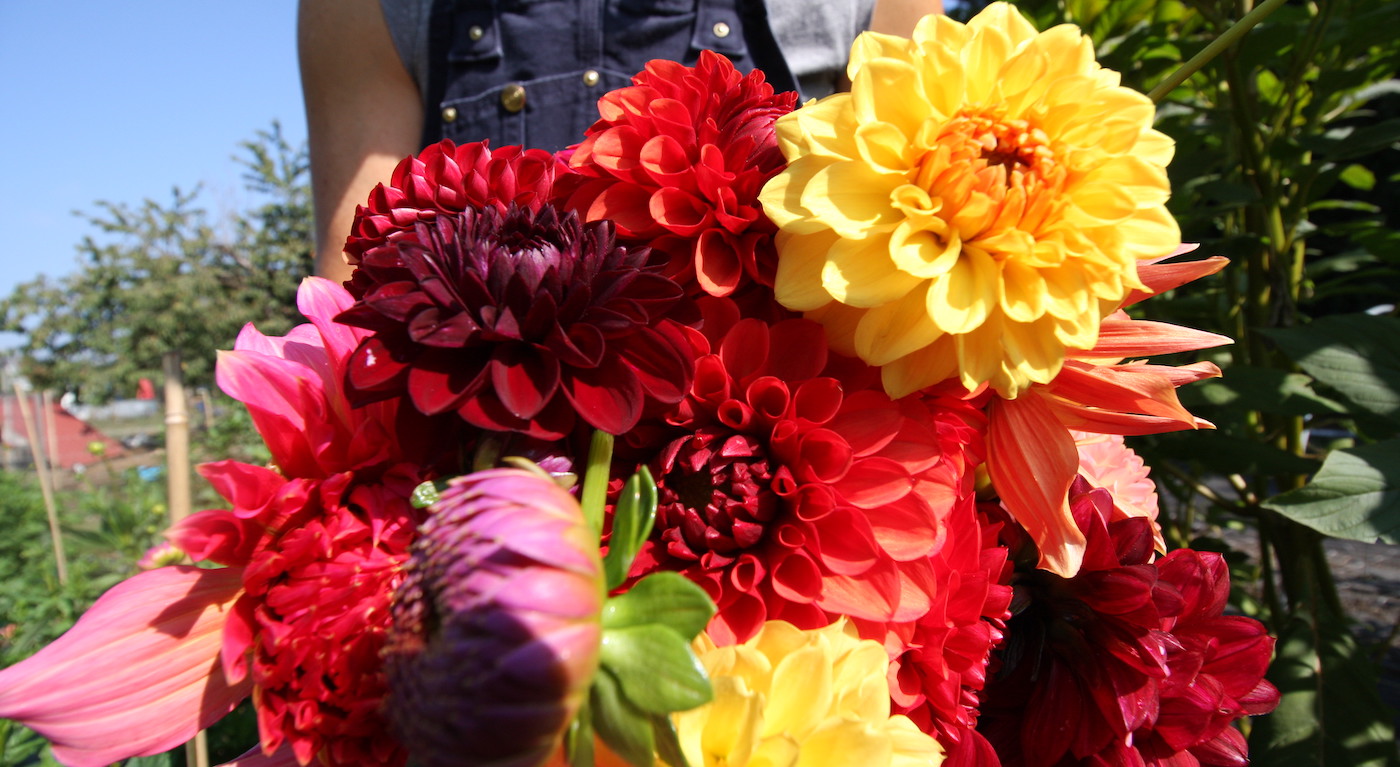 “There’s been a big conversation about local food, and now the same thing is happening with local flowers,” she says. “Myself and the other local flower growers are embracing the seasonality of the flowers we can grow in this climate. And there’s such a beauty to that, because it connects you with the seasons. Also, flowers in the home are healing and bring a light and joy that people have really needed.”

Aldersong focuses on unusual varieties that emphasize shape and color, and early and late varieties to extend the growing season as much as possible. She also grows beauties you can’t get at other local flower farms, or at florists or grocery stores. Peonies, dahlias, daffodils, bachelor button, anemones, rare ranunculus, snapdragons, poppies, and more are harvested and kept cold in her onsite cold storage until they are ready to sell, as either cut stems or arrangements. “Arrangements are such a fun way to put my flowers to work, and I can use special ingredients from my property that might not make it into a typical bouquet,” she says. “It’s an amazing artistic expression, and a meditative experience as I find the right spot for each and every flower in an arrangement.”

Instead of traditional fillers like baby’s breath, she might use larkspur, raspberry leaf, mint, or scented geranium. Aldersong says there’s a kinship among the flower farmers in the area. Instead of competition, they all feel like they’re in it together, sharing information on special handling of flowers and helping sway how Eugeneans think about buying their bouquets.

“There’s a sense that there’s room for all of us and we’re all working together to change consumer preferences to prefer local,” she says. 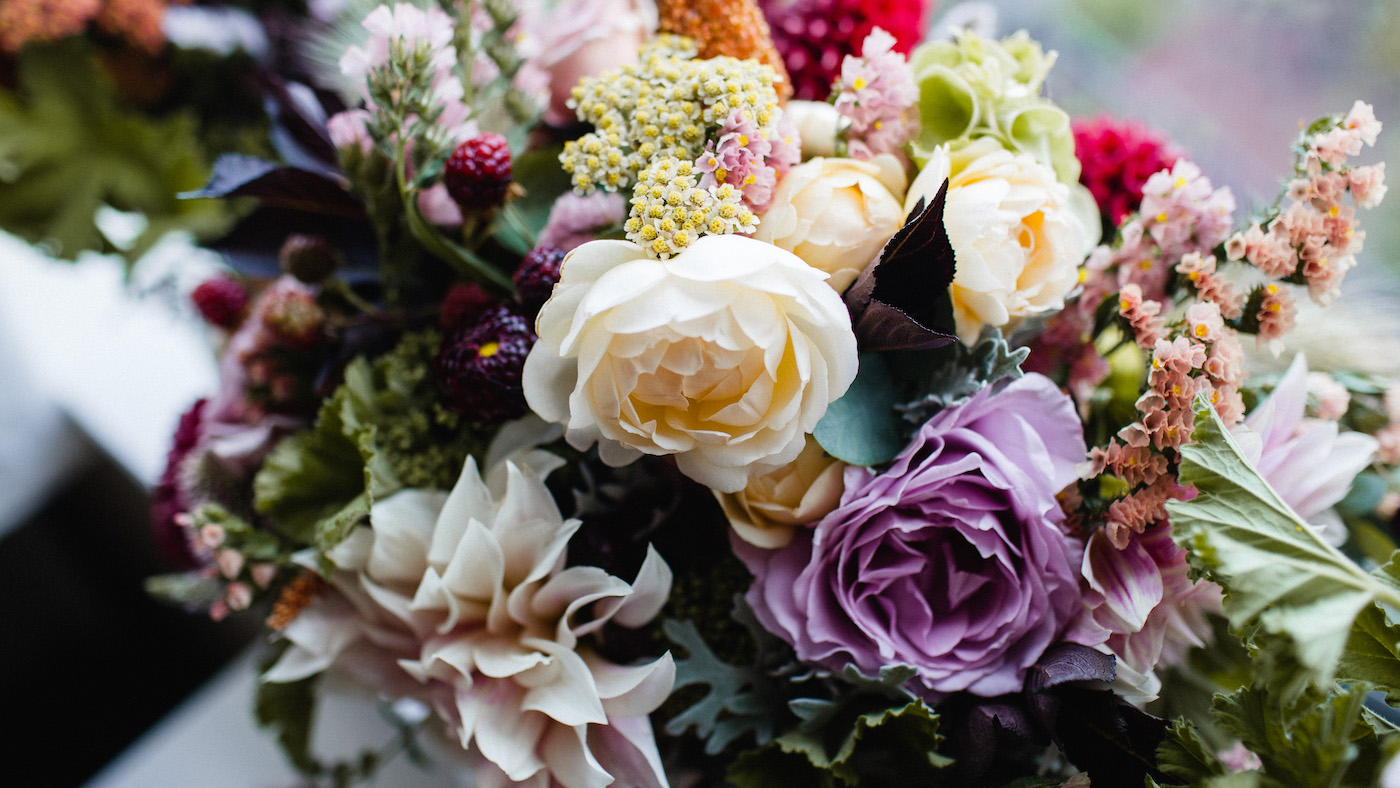 One project in the works is a large hellebore patch that will bloom in time for next year’s Valentine’s Day, the largest floral holiday in the country—and the hardest time of year for local growers to have flowers in bloom. A blossom like hellebore, that can be counted on to bloom between December and April, can help take the focus off of roses. Roses in February, Aldersong says, are flown in from South America and are coated with pesticides. “They’ve been in planes multiple times, they’ve been out of water for over a week or more,” she says. “More than 80 percent of flowers that are sold in the United States are imported, but if you’re always getting imported flowers, it’s the same stuff all year round.”

Aldersong hopes that more and more consumers will embrace the local seasonality of the flowers that can grow in their area. “The seasons and the change in what’s blooming is so exciting, there’s always something new,” she says. “But, you know the lilacs are going to come back next year, too.”