A new era for the historic Eugene institution

It’s been suggested that Eugene’s Very Little Theatre, founded in 1929, is the oldest existing community theater group in the United States. Possibly true. More certain, however, is that VLT is among the oldest continuously operating community theater companies in the nation — it has occupied its current home at 24th Avenue and Hilyard Street since 1952.

Most VLT supporters recognize that age can be a powerful indicator of maturity, skill, dedication, and a host of other key artistic values. But as the VLT board and members have long noted, aging facilities, stage design, and funding can all be limiting factors. Plus, audience tastes change over time. There has been talk of remodeling VLT for the past 20 years. But three years ago, when that conversation began again in earnest, it made sense to re-evaluate the theater’s entire direction. We’re talking about putting into motion a major $1.6 million combined physical remodeling and operational reorganization. And so, in early 2020, VLT’s board and dedicated financial backers pulled the switch!

The remodel delivered 200-plus new wider, more comfortable seats on a tiered, stadium-style audience area with improved line-of-sight stage views. There’s also increased wheelchair-accessible audience space and a new sound system for hearing-impaired patrons. Upstage performance space has expanded to include 8 feet of added stage depth and side stage “gallery” ramps extending into the audience area. Improved house lighting, a front lobby redesign, and a passageway that allows actors to cross unseen to off-stage wings have also been added.

Until the remodel, VLT never had an open area above the stage — prized space commonly known as a “fly house.” The legacy stage ceiling was too low to allow for suspending sets that could be lowered to the stage for scene changes during a performance. VLT now has a two-story, 40-foot-high fly house. In the coming year, construction will also expand the theater’s undersized workshop, wardrobe, and set storage areas.

VLT is a non-profit organization whose history of success has been carried largely by an unpaid board of directors in combination with a core group of fewer than 100 official VLT members who annually contribute $20 and volunteer work hours.

Recently, VLT’s board hired Jessica Ruth Baker as the theater company’s first executive director. The focus of her job has been to steer VLT through both the physical remodel and the board’s recently rewritten operational rules. “Our changes are intended to bring as many people along with us as possible,” says Baker. “And to be as accessible to as many members of the community as we can while maintaining our identity as true community theater.”

Little Women the Musical was originally slated for presentation at VLT in spring 2020. That March, director Kari Bolden Welch and a cast of 18 were days shy of their opening performance. Then the Covid pandemic struck! Little Women and all other upcoming plays were put into a holding pattern. The postponements eventually morphed into cancellations. The cancellation period lasted over two years.

Welch resurrected her musical stage vision for Little Women, incorporating seven of her original cast members. In complicated ways, says Welch, revisiting the previously canceled play meant confronting emotional trauma born of the pandemic-based cancellation. And yet, according to Welch, the big-draw musical was an ideal vehicle for reopening VLT to public audiences. “Little Women,” says Welch, “really retains the feeling that people connect over time. It’s about finding your way in the world. It’s about recovery from loss.” 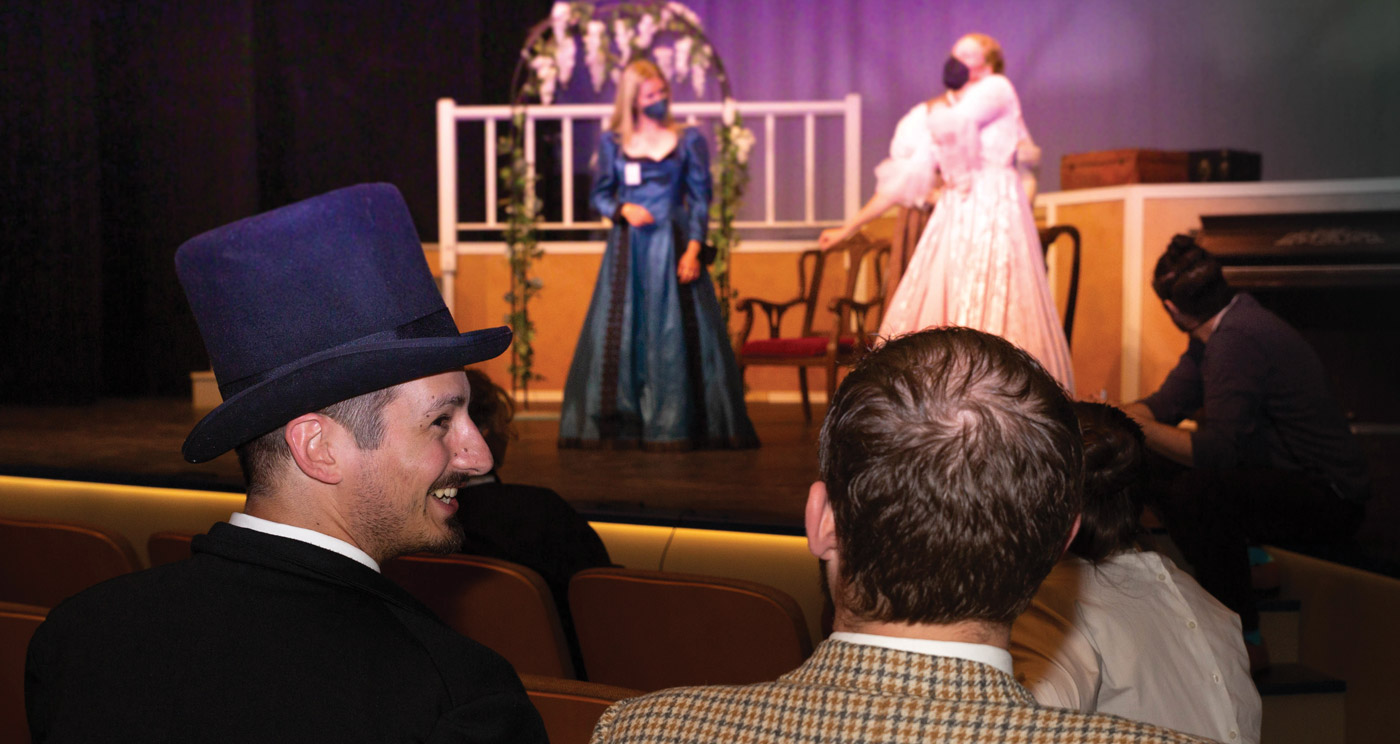 Over the final quarter of 2022, VLT will present a handful of other productions on the new main stage and in its smaller Stage Left theater. The slate of other scheduled productions are both ambitious and intriguing. As recently retired board president Karen Scheeland puts it: “As part of the changes, I see a turn toward a whole new plateau for the theater, one that attracts and embraces younger audiences and members.”

Her sentiments echo a variation on a theme suggested by Baker: “Our eventual goal in a couple of years? We would love it if VLT was never dark. We would love if every weekend there is something happening at the theater.”