At 85, Eugene artist Sarkis Antikajian is living his best life. Born in Jordan to Armenian parents, the robust and vital Antikajian paints in and around his home in the pastoral rolling hills near Cheshire, about 30 miles northwest of Eugene. He produces up to three paintings a day in oils, acrylics, watercolors, and pastels, rendering his work with bold strokes and richly saturated colors. His subjects range from landscapes to still life and portraits, but the figure work is where Antikajian’s gifts are truly exceptional. It’s the culmination of a life-long dream for Antikajian, deferred by nearly four decades as a pharmacist.

What’s perhaps most remarkable about Antikajian’s work is his use of color. Influenced by post-impressionism, Vincent Van Gogh, and Russian-American artists like Sergei Bongart and Nicolai Fechin, Antikajian captures in his portraits the interiority of the subject, moments frozen in time yet somehow in motion, and thoughts signaled by a gently downcast gaze or a resolute chin over gently folded hands.

“If it wasn’t for color, I wouldn’t be a painter,” Antikajian says. “I just go crazy about color; I go overboard.” 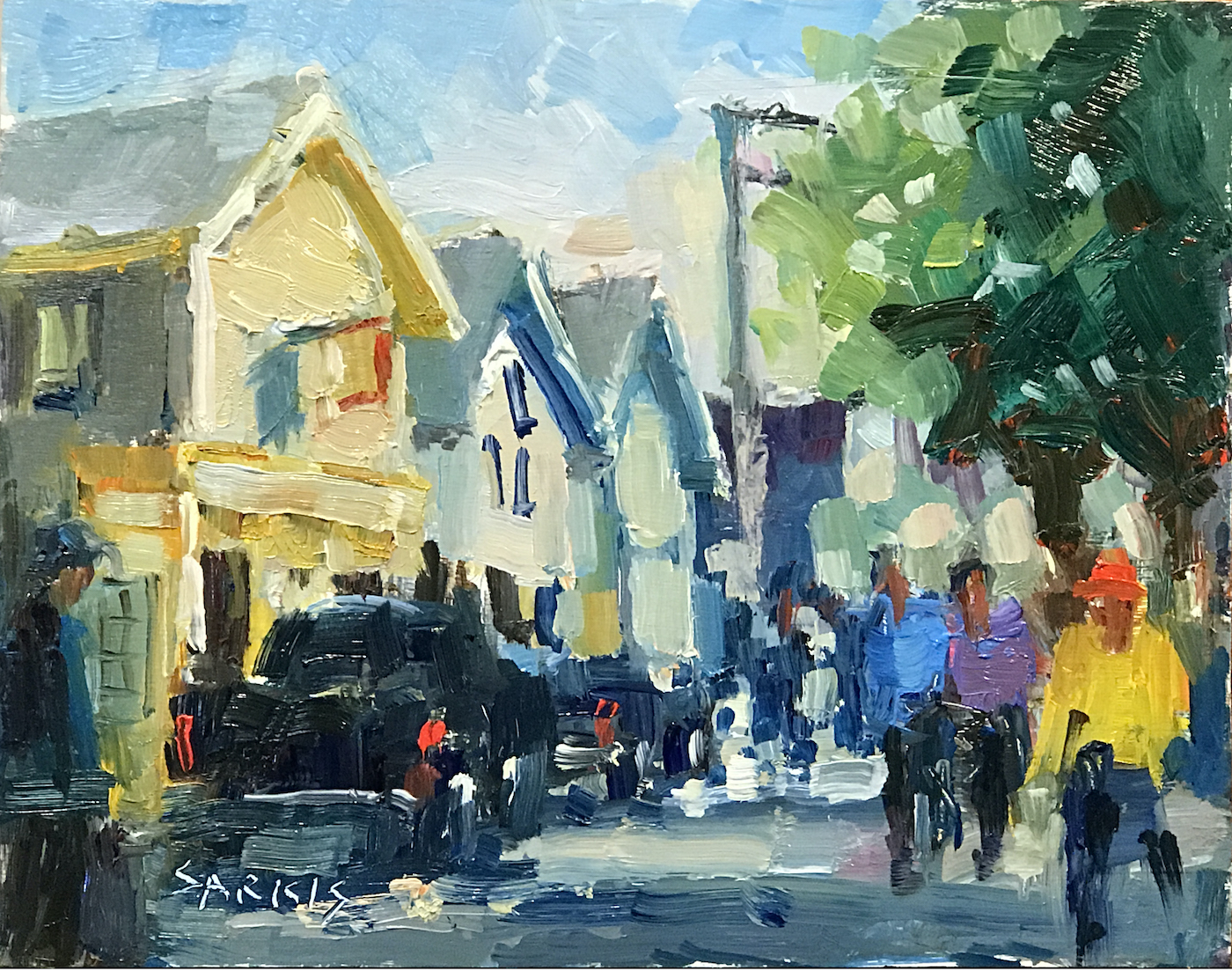 Primarily self-taught, Antikajian works quickly, painting most of his portraits in less than three hours, and pursuing subjects in their most natural composure.

Prior to retiring from his career in the mid-1990s, Antikajian was unhappy in what he was doing.

Growing up in a family where education was rare, Antikajian was encouraged to find a useful profession. He moved to the US in his twenties to attend college. While there, he met his wife, with whom he eventually started a family of his own.

Antikajian chose pharmacy almost by default. “It was boring,” he admits, but the money was good. The entire time he was working, Antikajian dreamed of being an artist. He first discovered painting through one of the few books available to him as a boy, and it immediately captured his imagination.

“I said, ‘my god, this is something amazing,’” Antikajian says. He took the book home and read through it repeatedly. 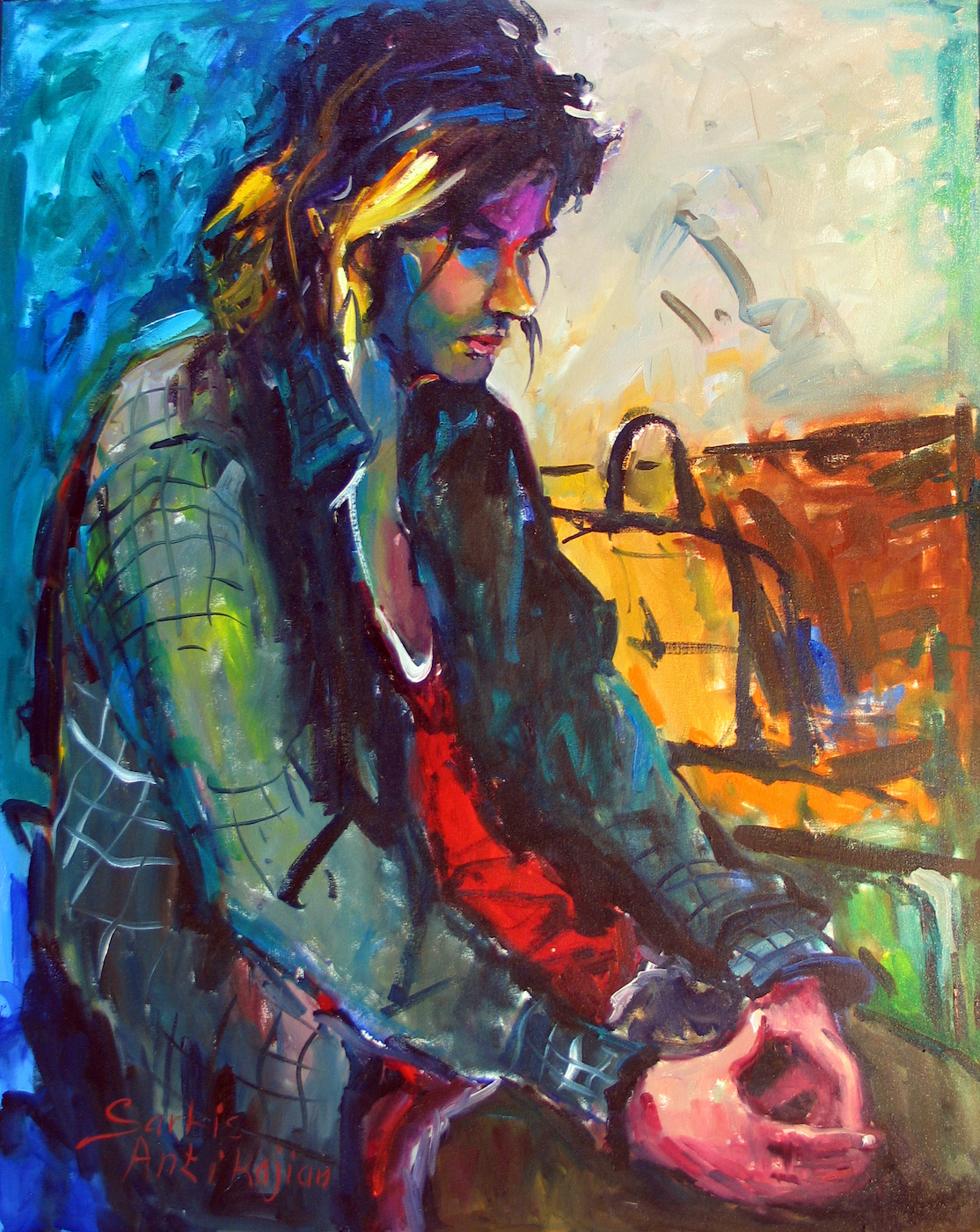 “I wanted to be a painter,” Antikajian says. But with few resources and no clear path forward, he didn’t know where to begin. “I had to have education,” he says, and somehow or another, “I was talked into having a profession.”

After relocating to the Eugene area to escape what he calls the drab landscapes of New Mexico, which reminded him of the Middle East, Antikajian began painting every day. He would often paint early in the morning at the Maude Kerns Arts Center in Eugene, before having a sandwich and heading to work at the pharmacy.

“I started painting realistic paintings,” Antikajian says. “I found out that’s the easiest thing to do. I wanted to be more creative. It took me years to get out of that. I wanted, just color—like Van Gogh. It took me a long time to be able to do that.”

“Once you tell someone, ‘move your hands,’ they don’t know what the heck to do with their hands,” he says.

“If you sit the way you sit, then that’s the way you sit,” he continues. “If you move your hands this way, or that way, before you know it you will not be comfortable sitting. Don’t wear something you’re not comfortable wearing. Be comfortable. Just sit there, any way you want. I’m not trying to flatter someone. I want a person that’s a person.”

Over the years, Antikajian made many moves to quit pharmacy and finance his painting through other means. He tried earthworm and canary breeding, and he tried his hand at walnut farming, but nothing stuck. “I’m not a salesman,” he says.

Since retiring from pharmacy work, Antikajian has been honored with a Maude Kerns retrospective, and in 2013, he was featured in an episode of Oregon Public Broadcasting’s Oregon Art Beat, a program highlighting artists from all over the state.

“If I died before I retired,” Antikajian says, “all my fantasies would have gone down the drain. But I did it. Now, everything is wonderful. I’m happier now than when I was 19 years old.”

Center Stage:
Warming up to the performing arts this winter

All In The Family:
Velorossa Design is a blood-bound affair