When it comes to finding tasty, soul-satisfying ramen, look no further than Toshi’s Ramen on Pearl Street. This delightful culinary gem has been offering up flavorful bowls of freshly made ramen for more than two decades, all courtesy of owner and ramen-maker extraordinaire Toshi Ishibashi.

Ishibashi, who hails from Japan, says he has always loved noodles, especially ramen, a Japanese dish featuring homemade noodles in savory broth with various toppings. He notes that his ramen is made daily using only the freshest ingredients.

“Everything is made from scratch, and it takes hours,” he says, explaining that the broth is cooked with fresh vegetables and meats and gleaned from a traditional Japanese ramen recipe. The noodles are wheat-based and cut using a genuine ramen noodle machine.

“My ramen isn’t complicated—actually, it’s pretty easy,” Ishibashi says. And it’s definitely nothing like the instant, store-bought dried noodles that come with a flavor packet. “Many people assume that all ramen is the same, but when they try my ramen, they realize the difference,” he says. 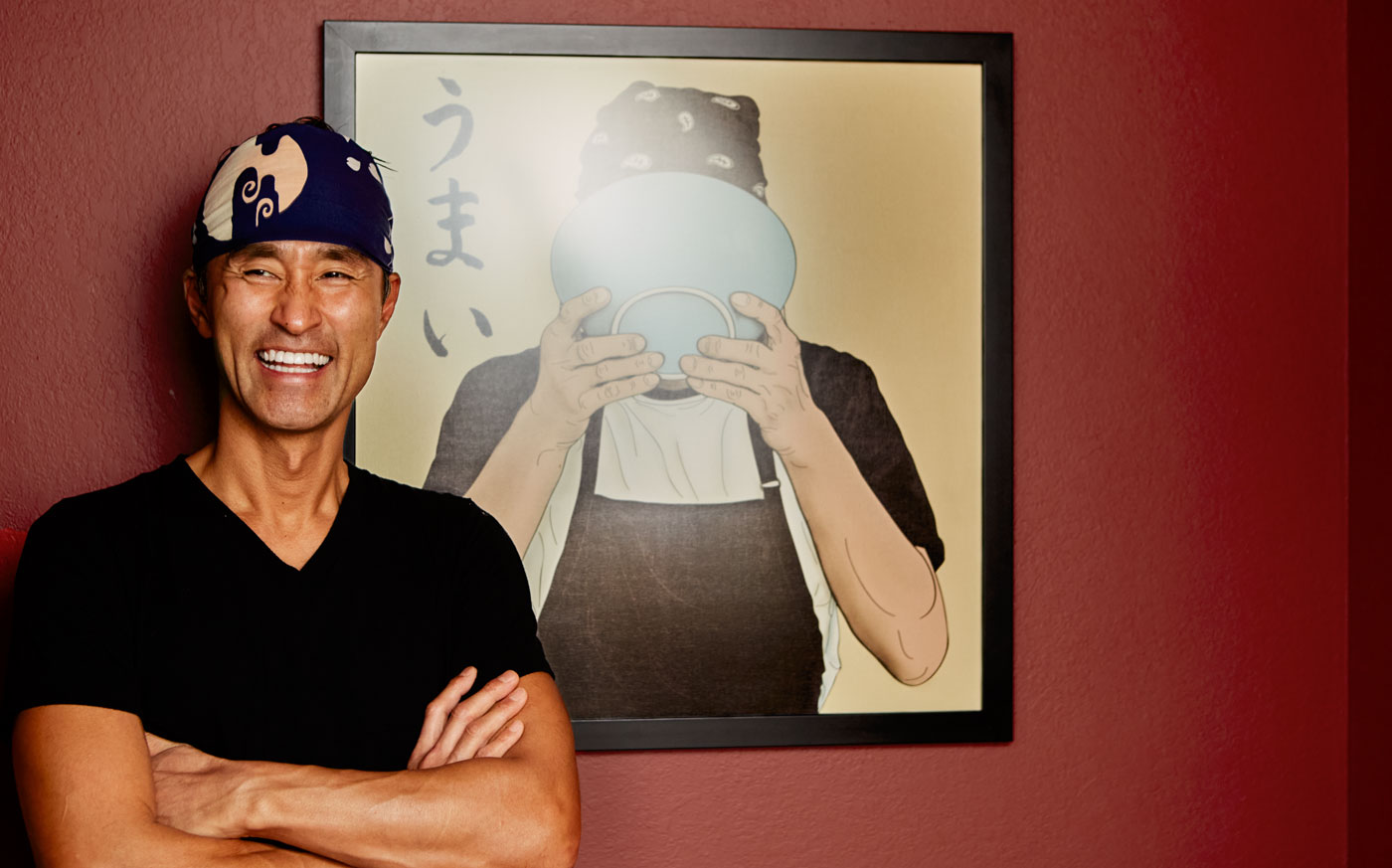 Born and raised in Isesaki, Japan (which is located in the center of the island), Ishibashi says his interest in making ramen was sparked in the early ’90s, shortly after he moved to Portland. “I was 22 at the time, and I was taking language classes,” he says, recalling that one day it dawned on him that there were no restaurants in the city that served ramen. “In Japan, there were so many ramen shops, and I grew up eating it. I missed ramen.”

In fact, Ishibashi missed ramen so much that he began dreaming of opening his own ramen shop someday. However, as an only child, he knew he was expected to follow in the career footsteps of his father, a businessman who sold Japanese gambling devices called pachinko machines. “I was supposed to go into the pachinko business, but I just couldn’t do it,” he says. “It wasn’t for me.”

Ramen was for him, so he immediately began focusing on his future as a ramen maker.

Once Ishibashi finished up his classes in Portland, he returned to his native country to study “all things ramen.” For the next few years, he worked almost nonstop at two different ramen shops, where he gained first-hand knowledge about owning and operating a ramen restaurant. And when he wasn’t working, he spent his free time poring over cookbooks in his quest to make the best ramen possible. “I wanted to know everything about ramen, and I’m glad I did all that,” he says, stressing that being well prepared was tremendously helpful in his entrepreneurial endeavor.

Filled with excitement and eager to get started in the restaurant trade, Ishibashi opened Toshi’s Ramen in 1999. Although it was challenging at first—he basically worked around the clock for several years—he says he wouldn’t have traded any part of that experience. 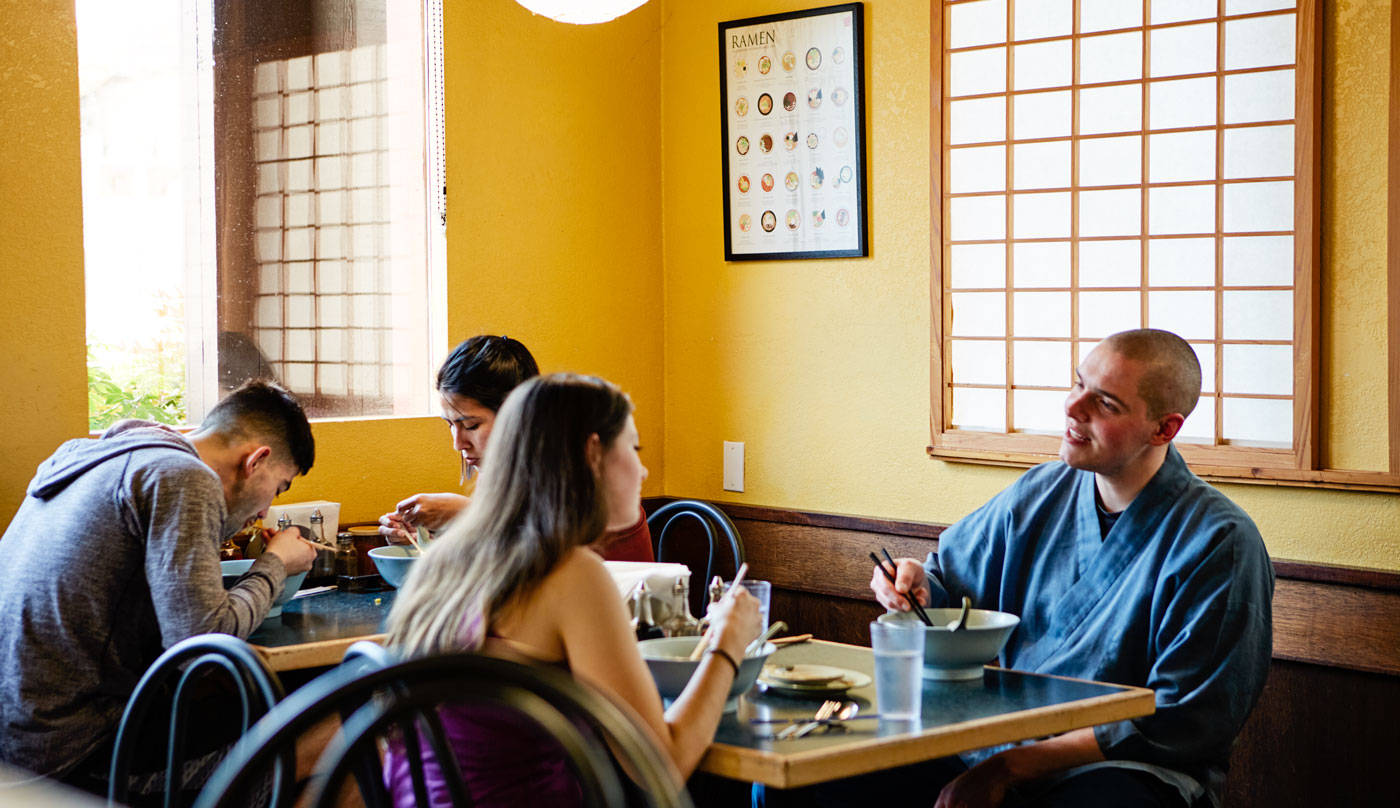 Ishibashi says he can’t imagine doing anything else for a living. “I really enjoy this business,” he says with a smile, and notes that nothing pleases him more than when curious customers ask for his advice on what to order. “I like answering questions and I like educating people about ramen.”

There are three bases used for ramen at his eatery: shoyu (soy sauce), shio (salt), and miso (the vegetarian option and a customer favorite). Customers can also choose from various topping options, like bean sprouts, butter, corn, green onions, and marinated pork, among others. Along with ramen, his restaurant offers pot stickers, teriyaki chicken, fried rice, and stir-fry. During the summer season, customers can enjoy traditional Japanese cold ramen and an original cold ramen salad.

Ishibashi says that even after 21 years as a ramen maker, he never stops trying to improve his creation. “It’s close to getting where I want it to be,” he explains. “I’m always working on making it better.”

Over the Rainbow:
The wines of Iris Vineyards