From Seed to Table

Since 1991, Equator Coffee has been serving up an exceptional, no-frills cup of coffee to the residents of Eugene and beyond. Greg Roberts, founder of Equator Coffee, started his journey with coffee in Huehuetenango, Guatemala, where he was working for a fly fishing company. “At the time, I didn’t know anything about coffee, but I knew what I liked,” he says. “I couldn’t find any good coffee at the market there in town, so someone I was working with brought me coffee from her family’s farm that they grew for themselves—and it was so good!” 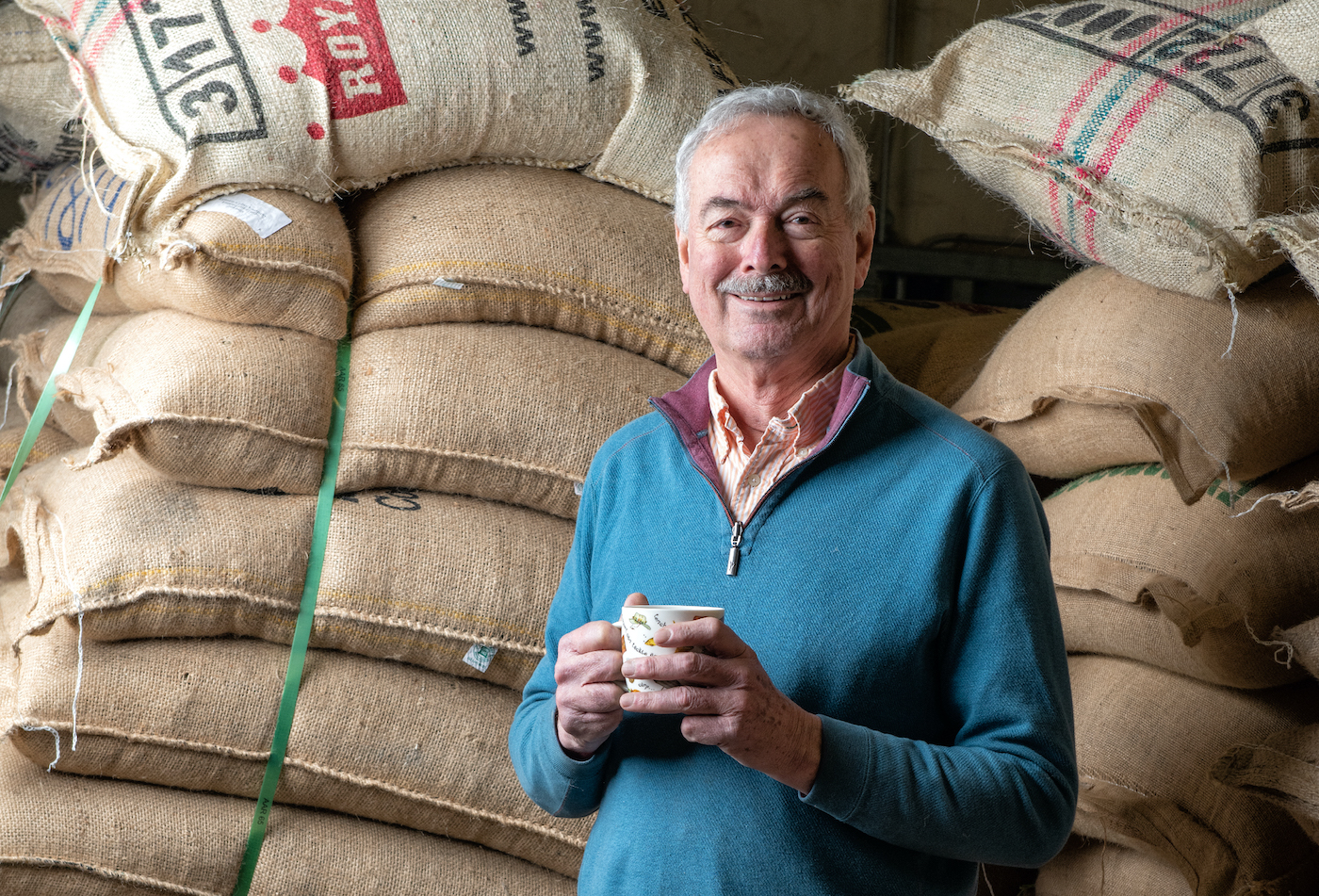 After playing the fiddle and working in the fly fishing industry for 30 years, Roberts decided to take on another challenge and start a business of his own. He chose to start Equator Coffee in Eugene because his wife is a Eugene native, and they were ready to return.

Now, Equator is going on its 30th anniversary as a successful coffee distributor. “Our oldest customer at Equator is named Roberto and he’s 92 years old,” Roberts says. “We don’t really need people to come out and get a pound of coffee because we’re not technically a store. But when customers like him come in, we talk about fishing, music, everything really. Roberto has been in the jewelry business for 70 years and he still comes to get his coffee here! That’s what’s fun about being here.” Rooted in Eugene, Equator sells mainly to local stores like Sundance Natural Foods and Capella Market, and local cafes and restaurants.

Equator notes that their sales strategy is astonishingly unaggressive, and it’s working. “We could have a lot more business if we went out there and drummed up business,” Roberts says. “But none of us have that killer for-profit attitude—we’re having too much fun with our hobbies! I mean, fishing and playing music takes a tremendous amount of time.”

The focus at Equator is on the quality of the coffee, to ensure their customers enjoy every sip every time. Housed in a warehouse off Grimes Street in west Eugene, Equator doesn’t have a walk-in cafe or a glitzy storefront, just high-quality coffee.

Equator uses a Sivetz Fluidized-Bed Air Roaster to roast their beans. The Sivetz roasting machine was built by Michael Sivetz in Corvallis, and patented in 1976. Roberts says the key to success is roasting the coffee in small batches, then shipping it out immediately so it’s still fresh when it’s brewed at home.

The Sivetz machines have a cult following of sorts because of the quality of coffee they produce, Roberts says. They remove a lot of the dust and impurities in the coffee beans and act as a sort of giant popcorn machine through the roasting process. “You end up with a really clean roast, and it’s really special for a lot of people,” Roberts said. “The roasters also last forever, so we’re very happy with the one we have.” 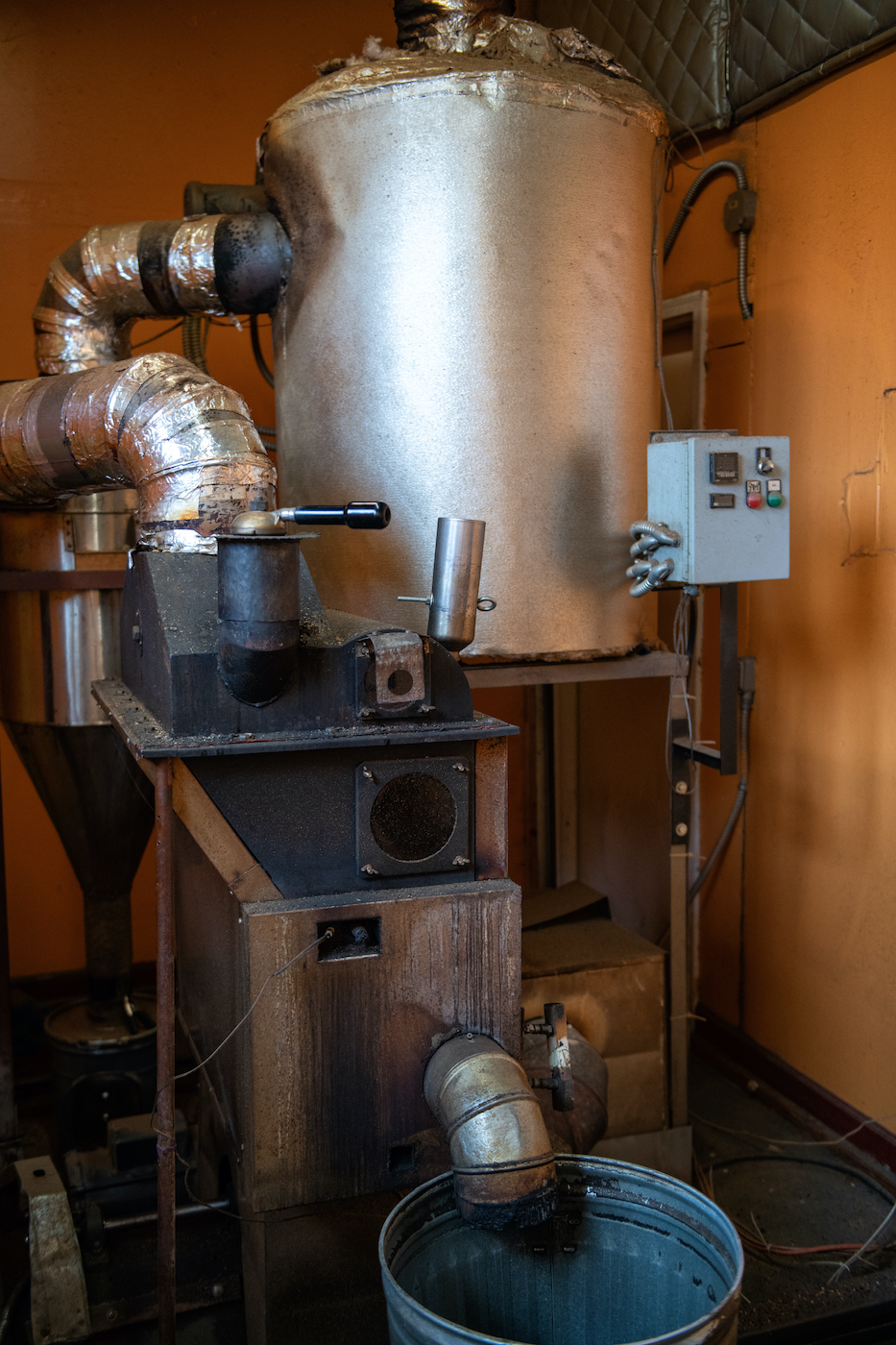 Due to their low overhead cost, Equator has largely avoided the crippling impacts of COVID-19. Roberts says because of the pandemic, Equator lost a few big restaurants who were buying about 50 pounds a week of coffee, but overall, they’ve stayed afloat. “Before COVID, we had a lot of sales,” Roberts says. “And now we have less, but that’s alright. There’s enough here. Everyone gets paid and the grocery stores keep ordering.”

And Equator is continuing to look toward the future. Plastic waste is something Equator is working to phase out. Many coffee beans come packaged in plastic-based bags, so Equator has found a paper-based biodegradable bag they intend to switch over to.

“We give the coffee chaff that comes off the beans when we roast them to local gardeners because it’s just a great thing for your garden, and we give the burlap bags the beans initially come in to gardeners for things like weed control,” Roberts said.

Roberts also repurposes boxes from the stores they serve to pack and ship coffee to their customers on the coast. At every stage, Roberts looks for ways to reduce their waste, but businesses can only work within the existing system of production. “We don’t generate a lot of waste,” Roberts says. “But if you think about it, it’s kind of crazy to be bringing a coffee seed 5,000 miles out of the tropics so someone can have a cup of coffee in the morning.”

Country of origin, roasting methods, and shipping practices play important roles in creating the perfect cup of coffee, and Equator’s philosophy was built on finding the best methods for creating that perfect cup. So, at the end of the day, how does your cup of morning brew taste? If it’s delicious, then Roberts is satisfied.

Tree to Mouth:
The movement at WildCraft Cider Works

A Taste of the Forest:
Gourmet dried and fresh mushrooms from MycoLogical

Next-Level Vegan:
A guide to your favorite local plant-based restaurants