Driving up Crenshaw Road in the Cal Young neighborhood, you see a series of houses designed by Jordan Iverson Signature Homes. One of the newest, just completed in May, protrudes from a slope overlooking miles of trees.

In typical Iverson style, the house is a dark-colored angular structure with bountiful windows. However, while his designs share certain structural similarities, there is really nothing typical about them at all. Each house is custom-built to the preferences of the owner, with Iverson’s expertise guiding the design.

Brittany and Erik Quick-Warner had first seen one of his finished products about six years ago when they went on a tour in the same neighborhood they now occupy. With every room they saw, they became more smitten.

“We totally fell in love and kind of started saving six or seven years ago, thinking that someday our dream home would be built by Jordan,” Brittany says.

Now, after years of saving and two years of designing, planning, and building, they own their very own Jordan Iverson–designed residence on Crenshaw. 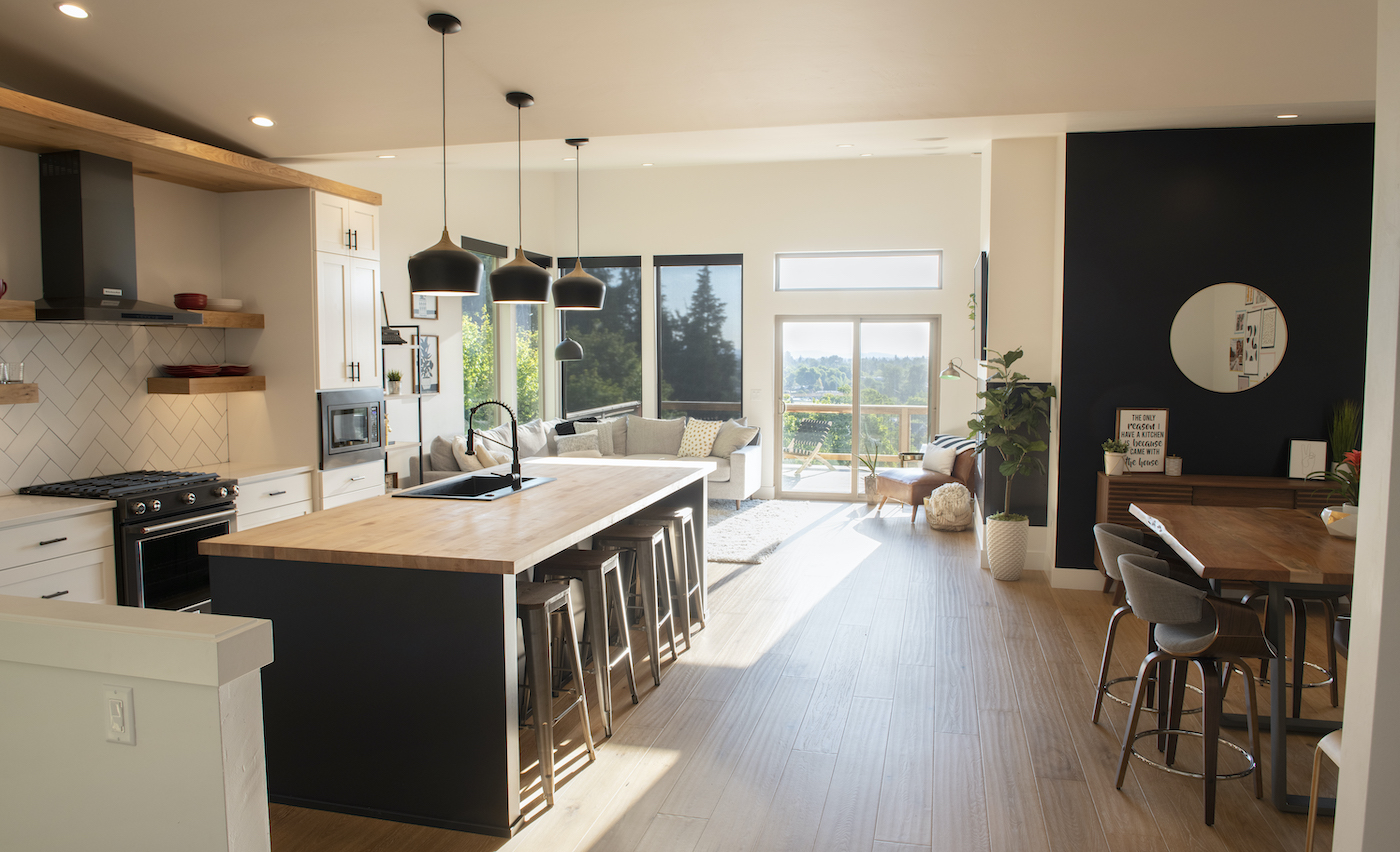 “We lived in a log cabin before this, so we came from a lot of wood,” Brittany says. “So we knew that we wanted something more modern, but we also didn’t want to lose the warmth of that. I feel like Jordan and his team did an awesome job of creating a very modern house, but it still feels warm and inviting, which was a big priority for us.”

In the living room beside the U-shaped sectional couch, two sliding glass doors lead out to Erik and Brittany’s favorite aspect of their new home: the sunlit, west-facing deck. 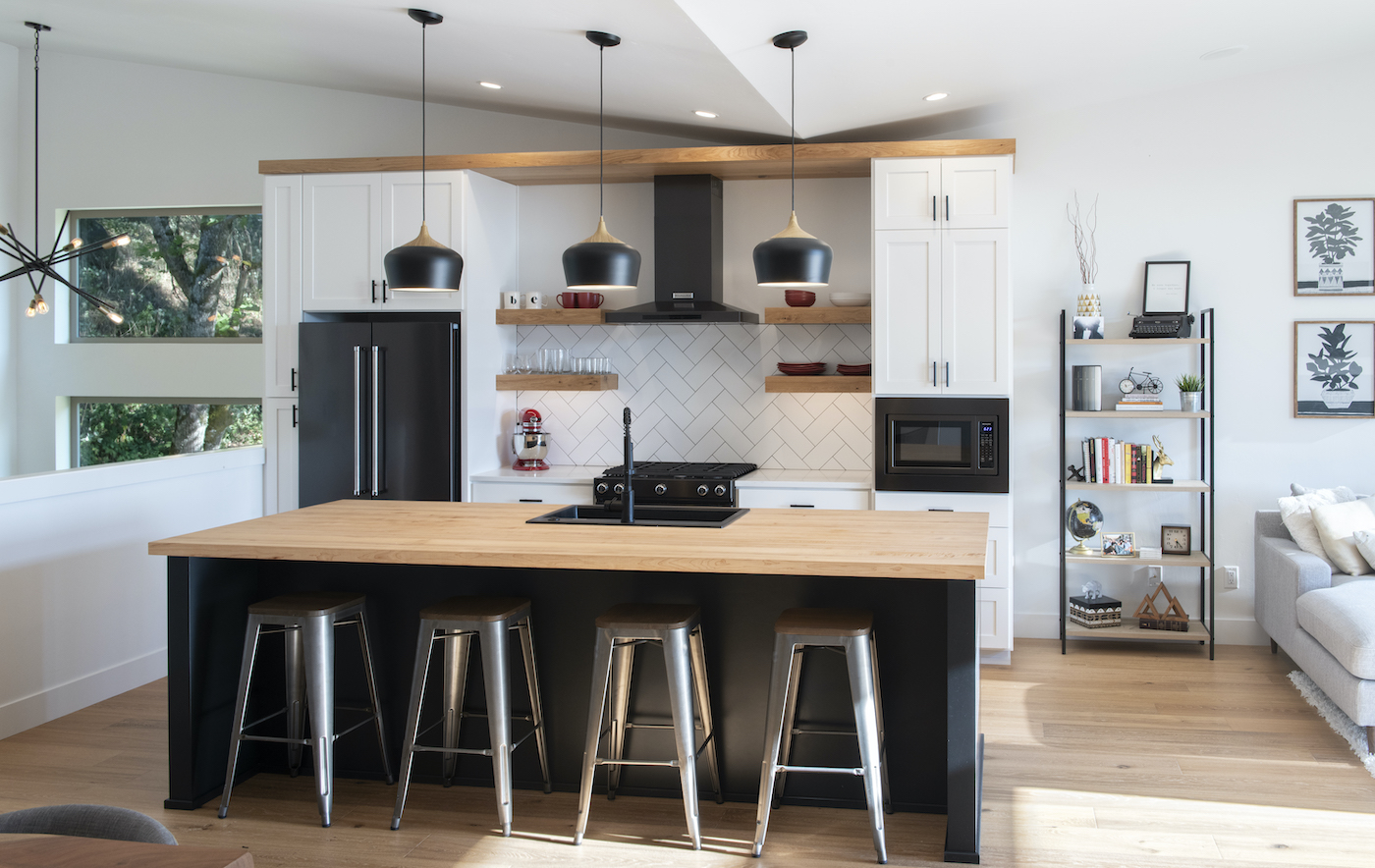 “It [has] the most epic views,” Brittany says. “I think Erik’s taken at least 50 sunset shots every single night since we moved here. We had a really great porch deck on our old house, but it was very shaded. . . . So it’s just so fun to have such a massive view.”

Iverson used to live in a home just behind the Quick-Warners’ new abode. Seeing the sunsets from his own home helped inform his design choices and window placements for their house.

“Eugene, in general, doesn’t have a lot of western sunset-facing lots, especially in terms of new opportunities,” Iverson says.

Iverson’s homes all share certain design elements such as angular exteriors, numerous windows, and an airy feel that could best be described as a Northwest-modern style.

“I’ve never defined the home,” Iverson said. “More modern is what comes up the most when I’m on the Tour of Homes, or like ‘Northwest modern.’ An exact style, I’ve never had. I actually don’t like defining it.”

This undefined style is exactly what gives the home its comfortable feeling—no clutter, just a flood of natural light and carefully selected color tones.

While the houses are designed by Iverson, they are a product of collaboration between the future homeowners and his team of six. The Quick-Warners’ first request was that their new home be able to host family gatherings. While the coronavirus outbreak has halted most of the summer get-togethers they had planned, they were finally able to have some family members over for the first time. 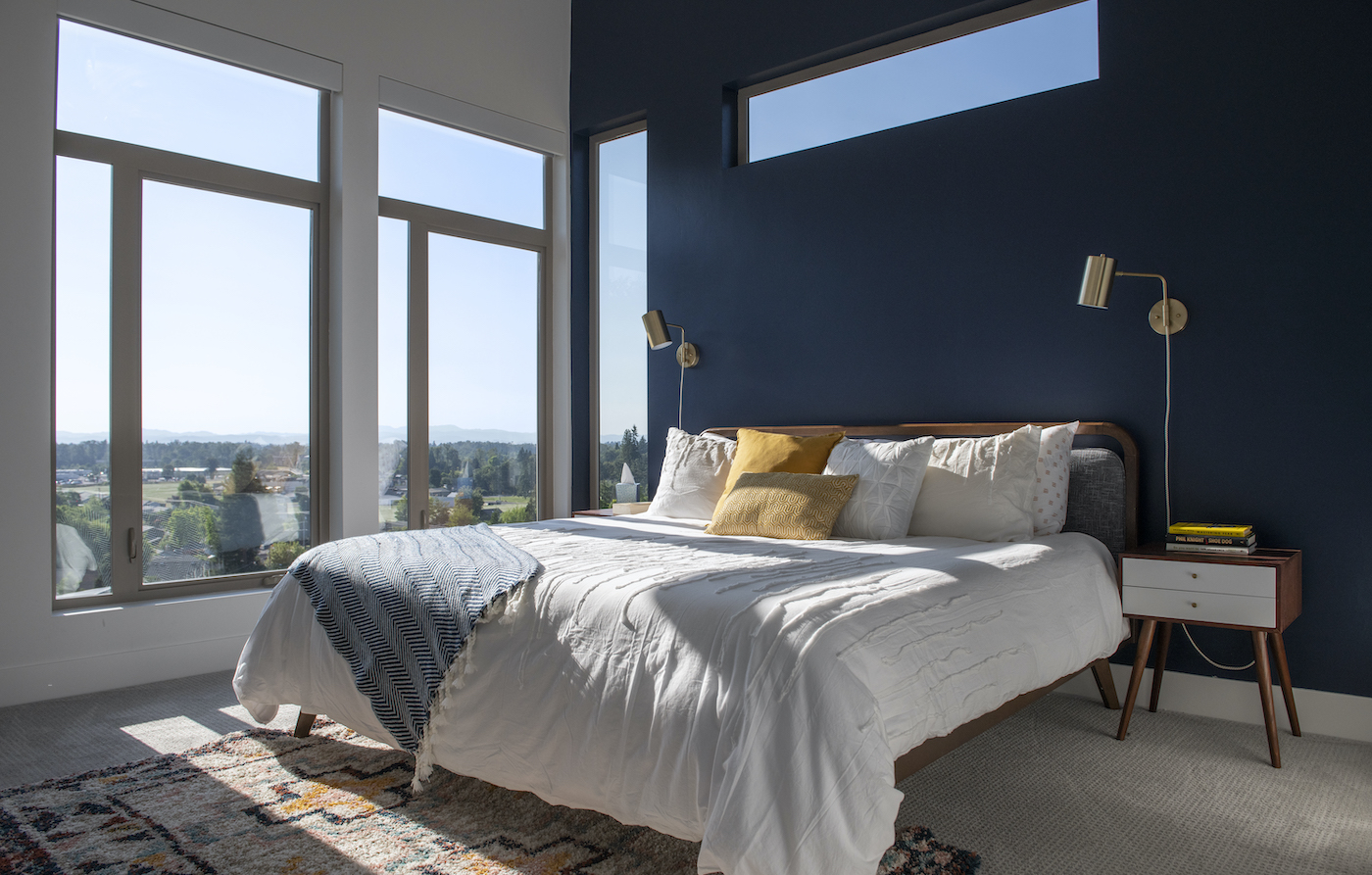 “We used to live, like we said, in southwest hills, and grandparents couldn’t get into our house and all that,” Brittany says. “So it was particularly rewarding that [Erik’s] grandfather could come over.”

For Iverson, knowing his clients love their new space is what makes the years of designing, problem-solving, and building worth the effort.

“It’s the best part,” Iverson says. “It gives me chills, really. I mean I absolutely love it. There’s just such joy in seeing that. That’s the rewarding part for me.”

An Ocean View:
A weekend getaway becomes a permanent home.