(even if you're not a track fan)

The Riverfront Festival is open to track fans, of course, but it’s open for everyone who wants to enjoy the river. Right now, it’s a bustling place with food carts, lots of tables and chairs, and a (very) large screen for streaming the World Championship events. But when all this track excitement is over, the Downtown Riverfront Park will be a key place to access the river, which Eugene was sorely lacking up to now. Now, there is a path that connects pedestrians from the 5th Street Public Market area through the former EWEB utility operations yard to the Willamette River. The 3-acre park has bike and pedestrian paths, covered seating, and overlooks. 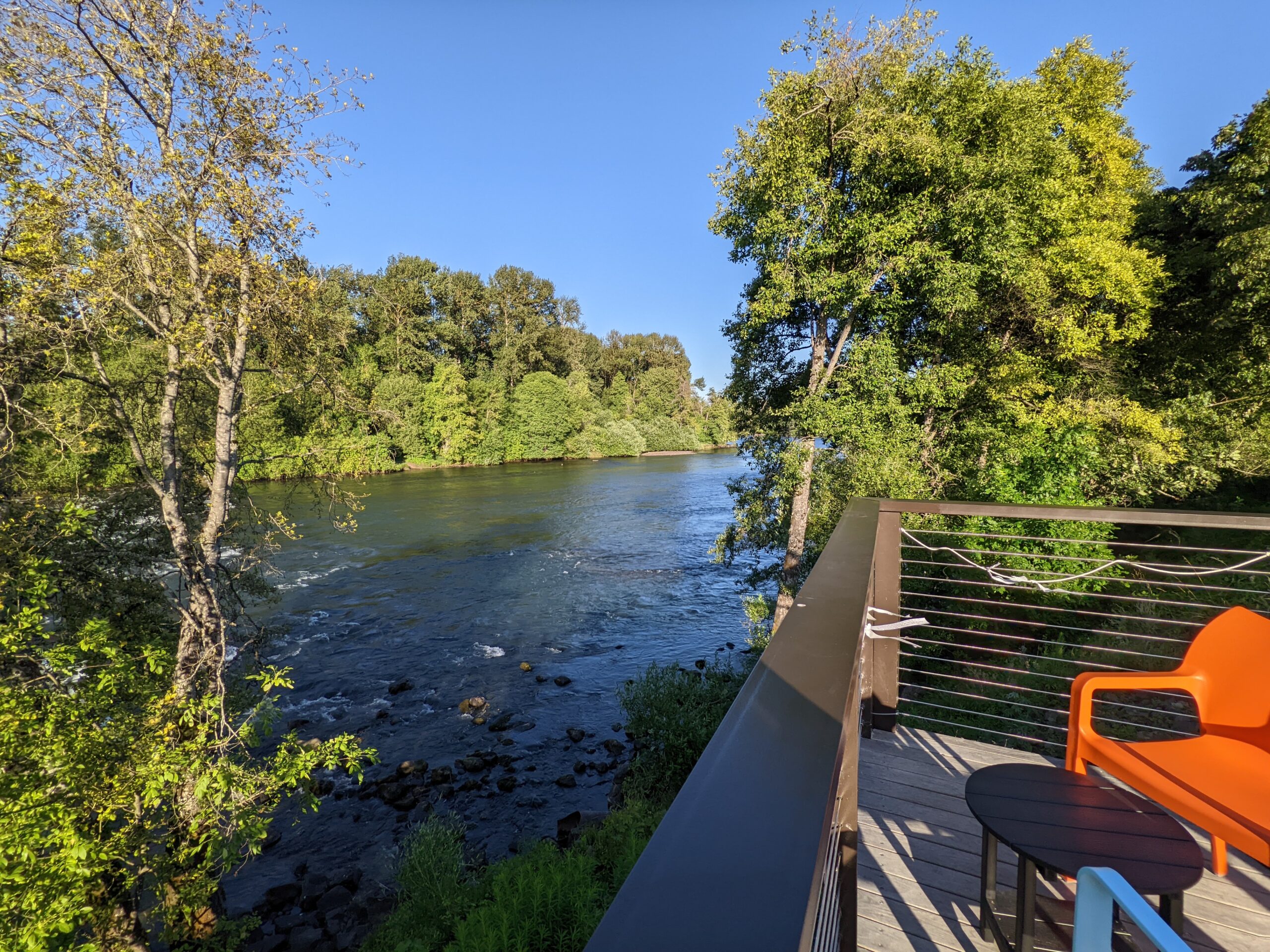 Right now, you should head down there for the party the city is throwing for the track festival though! There are vendors, food trucks, and entertainment throughout the day. It’s clear to see the excitement on the faces of the fans who are there to either participate or watch the events. On the afternoon we went down there, a magic show for kids was on the main stage, the crowd was oo-ing and ah-ing at what was taking place on the screen, lots of socially distanced tables were filled with people eating and drinking, and fun was being had by all. The new overlook with tables right next to the water is going to be there for a long time to come, so head down there and check out what’s going on and enjoy amazing views of the river right from town, finally. 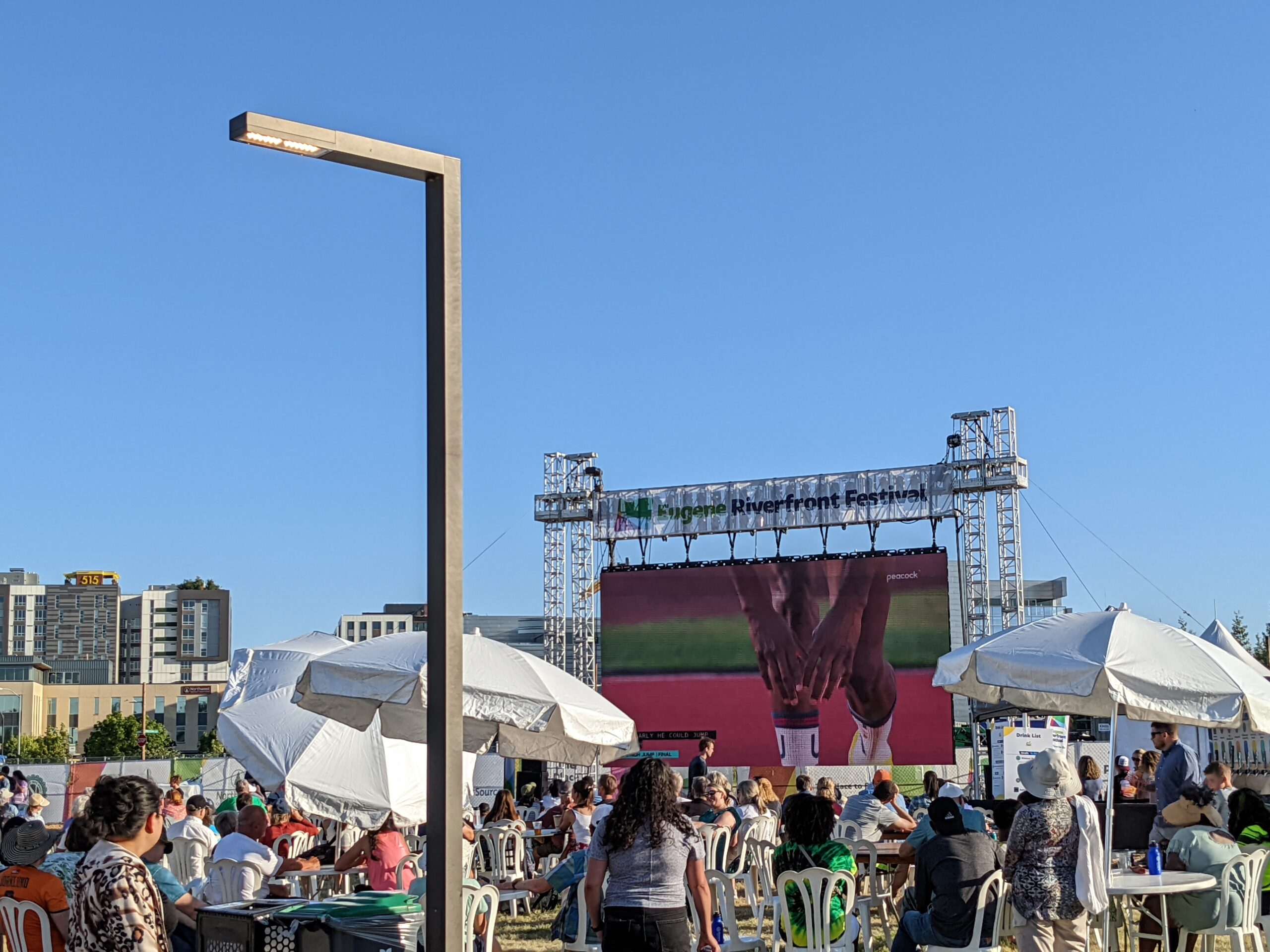 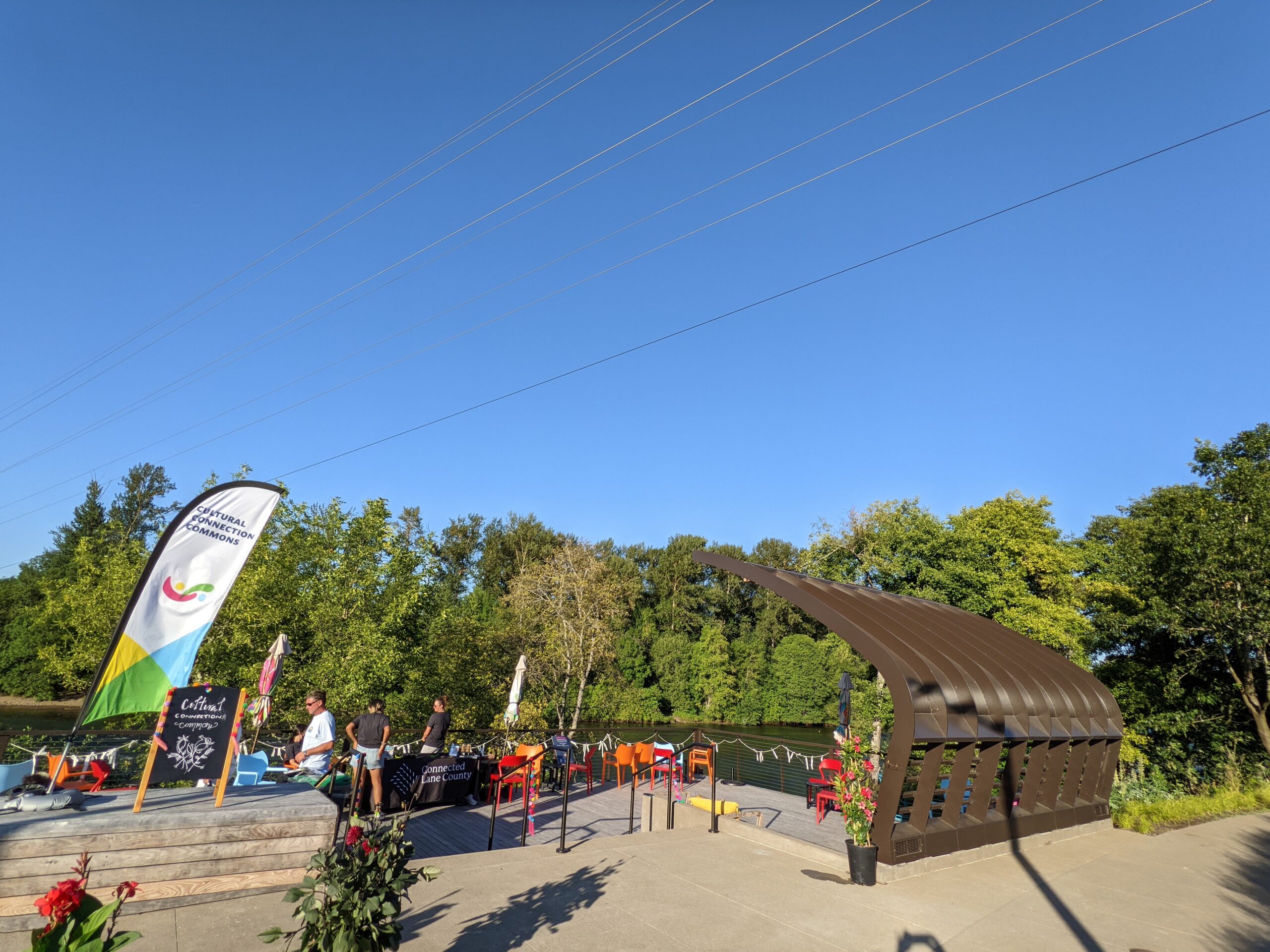 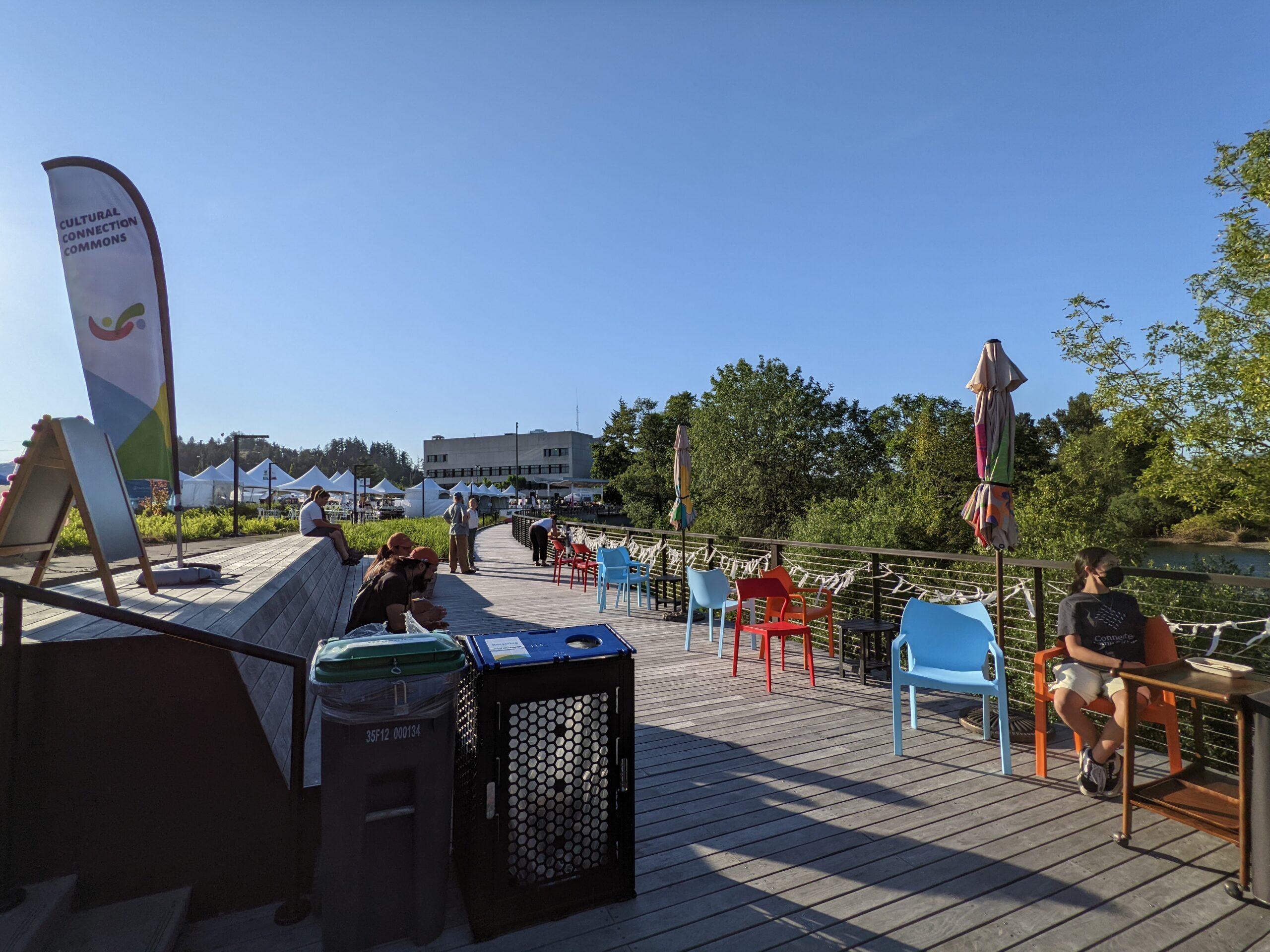 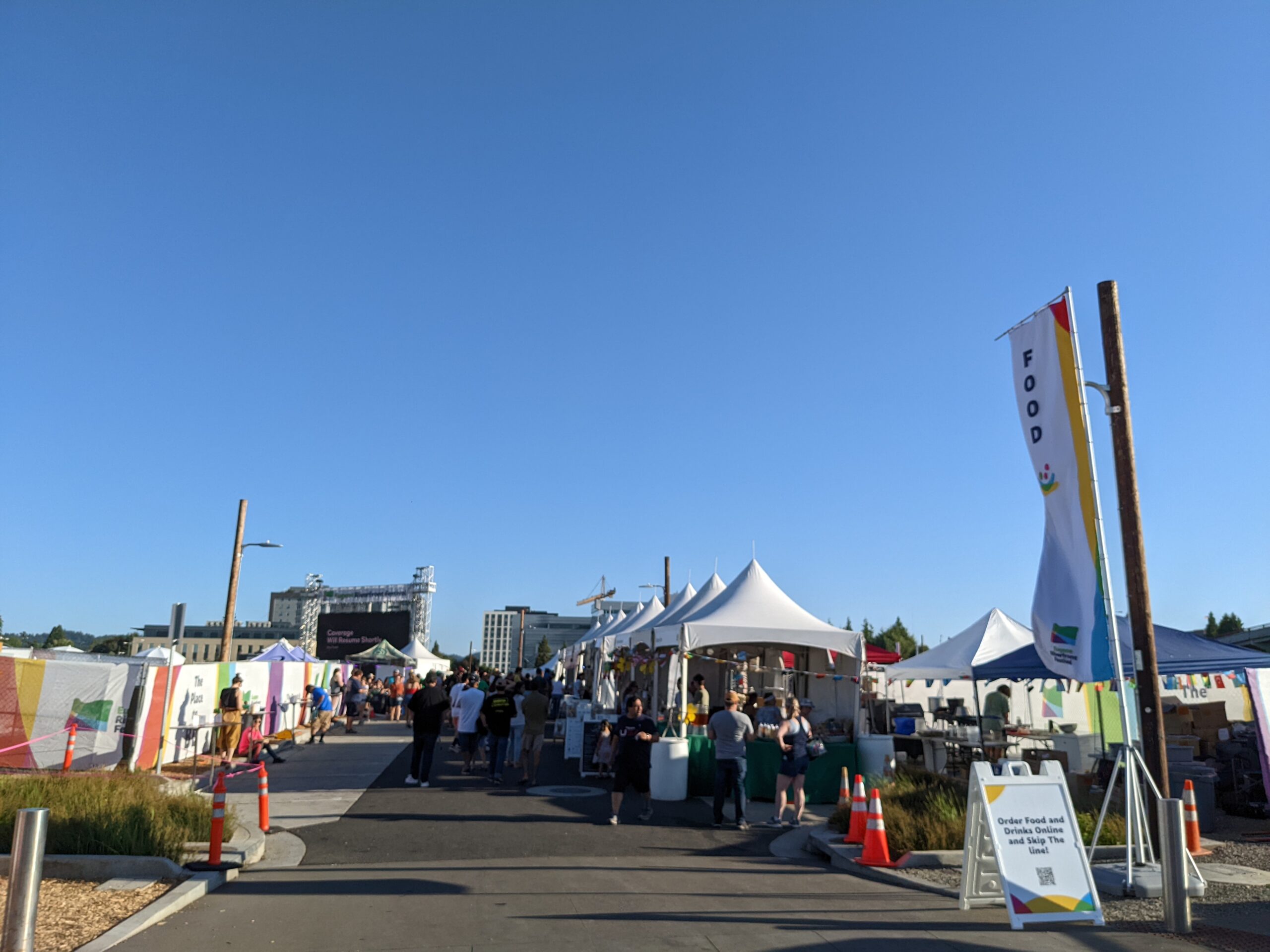 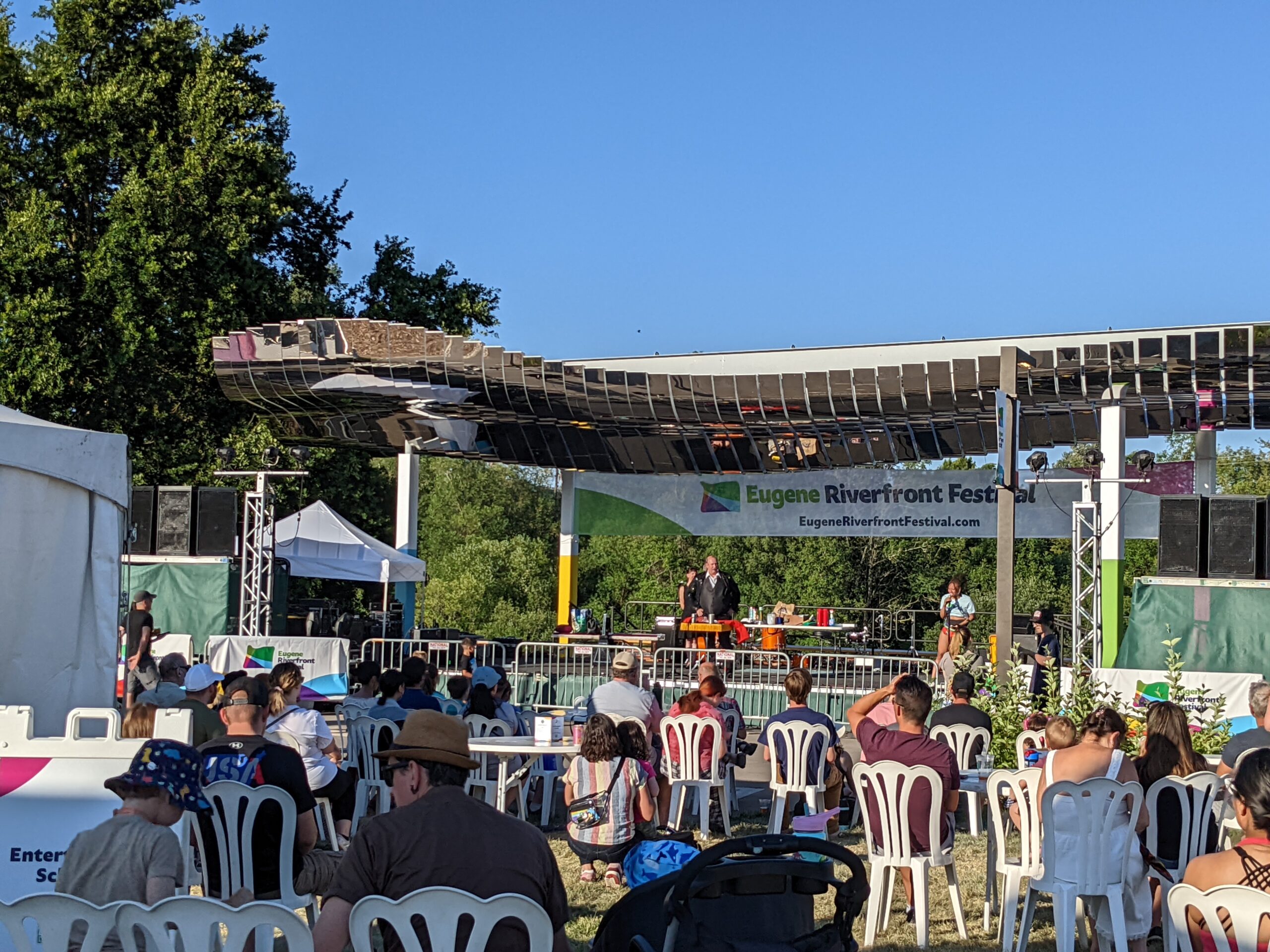 An Extended Park for Thurston:
The BLM Creates a New Recreation Area in the Thurston Hills

Our holiday traditions:
How we celebrate December