The good, the bad, and the utility of local historic homes

If you tour a historic district anywhere in the country, you will likely see some of the finest homes of the era. Historic districts are where the one-time movers and shakers lived, in what were often examples of large, high-end dwellings of the time. But not in Springfield. Our wonderful Washburne Historic District does, of course, contain some large homes that were owned by the wealthier residents of the period. But it also, and mostly, contains homes for working class folks, and this historic district gives you a much better picture of the size and style of housing for the average person 100 years in the past.

I bought a “teardown” in the Washburne Historic District 25 years ago, and on the advice — and insistence — of a friend who was restoring his home, I embarked on a similar path. By doing so, I learned about the differences between a “starter home” now and then. The main difference is size. Back then, you had three bedrooms, one bathroom, a living room, and a kitchen all packed into an 800-square-foot package. A single floor heater supplemented the wood cookstove in the kitchen, which gave off adequate heat in both winter and summer. You didn’t have air conditioning, but ample overhangs, fewer windows, and 9-foot ceilings all worked together to keep the house cooler. 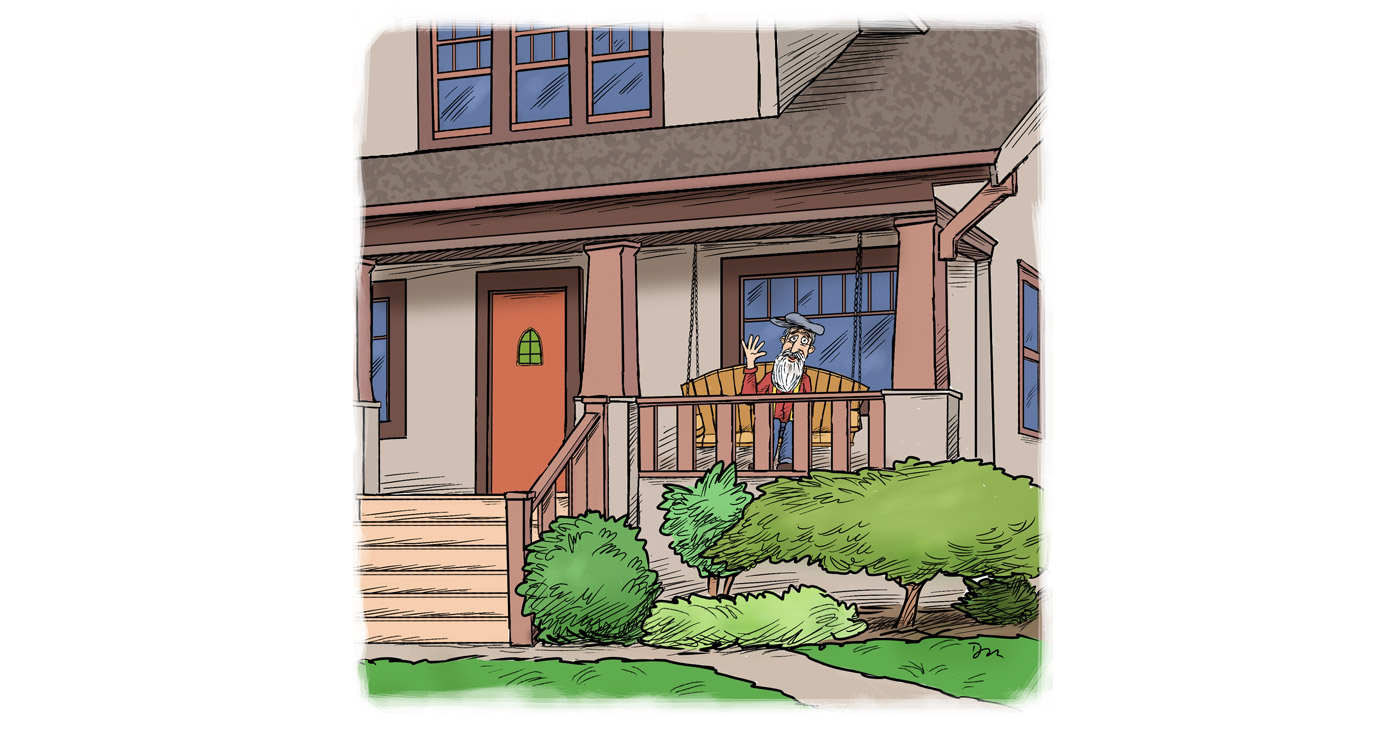 One nice feature of older homes is the shared closet. You enter the same closet from adjoining bedrooms. If the parents were in one room and an infant was in the other (probably with a sibling), the parents got more of the closet space — and the equivalent of a baby monitor if the closet doors were left ajar. Many homes in the early part of the last century did not have bathrooms, but those that did often had the “Jack and Jill” style, usually meaning a hall entry and a bedroom entry that were lockable in both directions, so one bathroom served everyone in the family. Kitchens and bathrooms were often close together to make plumbing more efficient, and the laundry, if it existed, was nearby too.

Roofs were steeper in the old days, not as a curb appeal feature, but as a rain-proofing technique. Shakes or shingles work better on a steeper pitch. And when it came to building materials, people really did think local. No Brazilian cherry or bamboo (although bamboo is one of the more sustainable wood floors now). Doug fir was the flooring of choice, because it was growing within sight of most homes. Using solid wood meant the floors could be refinished — and they needed it with caulk boots (shoes used by loggers with studs attached to the soles) coming through the door.

Another nice feature of older homes was a front porch. It was a place to cool off on hot days, and kept you more connected to your community; a neighbor might walk by and say hello, as automobiles were still quite rare.

Of course, wooden homes burned. Poor electrical wiring caused fires, and foundations, if they existed, were often unstable. Insulation was non-existent, and double windows were accomplished by putting up storm windows in the fall. But in Springfield’s historic district, practical working class homes are the dominant feature, and the old lessons they can teach us have many practical applications in terms of size, utilization of space, and even aesthetics — if we are willing to step back from pretense and embrace practicality and wise use of resources.

Working the Wetlands:
Conservation and preservation in west Eugene

Inhaling and Exhaling:
Speaking for the trees