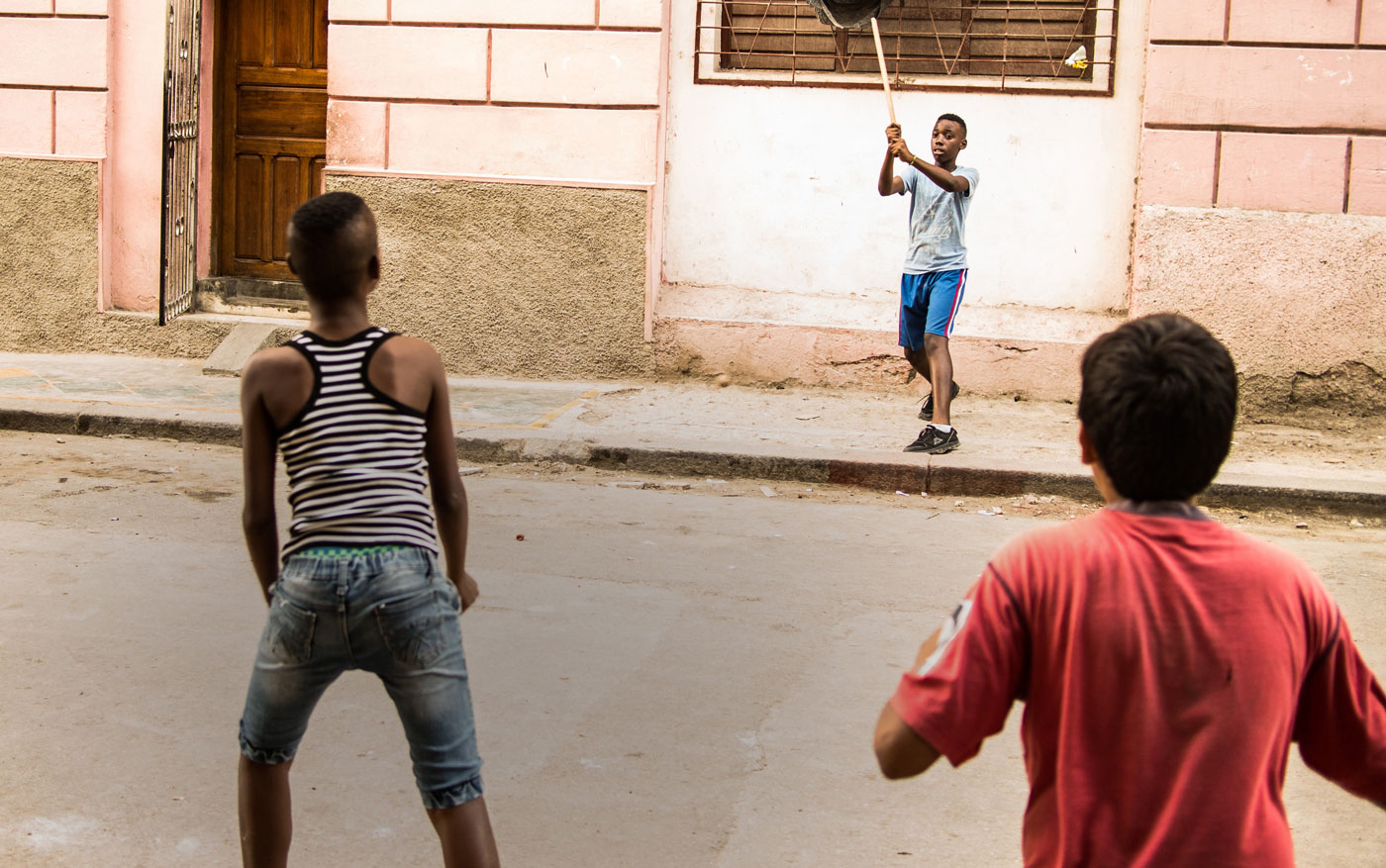 Plans for the 2020 Major League Baseball schedule are uncertain, as are expectations for minor league games—including those slated for the hometown Eugene Emeralds. With this in mind, it’s worth glancing back to a recent spring training season when the Ems made an unusually heartfelt impression on an assortment of young Cuban béisbol fans.

I remember first sharing my personal plans with Emeralds general manager Allan Benavides. I told him I was gearing up for a month-long photojournalism mission in Cuba. Benavides responded with open appreciation for Cuban béisbol culture. Then he shocked me with surprising generosity.

“I hear the stories and I know that Cubans love the game,” Benavides says. “I hear from our Caribbean players how, literally, Cuban kids are out there playing stickball—baseball with sticks and stones. Maybe it’s a small thing, but the kids . . . what if we could give a few baseballs to the kids who would seriously appreciate it? That would be really cool!”

And so, I stuffed my duffel bag full of Ems balls, hats, T-shirts, and jerseys, and I boarded a jet to Havana.

Béisbol is a year-round Cuban passion. I’d wager that if I were to revisit the dusty streets of Centro Habana again today, I’d find dozens of shoeless, shirtless kids fielding baseballs emboldened with Ems logos. And if I rode back out to a particular Soviet-style housing complex in a particular Havana suburb, I’d find a team of gloveless, rag-tag kids garbed in a random assortment of Ems T-shirts. The kids would probably be playing on a weed-choked sandlot. Or if I shuttled a few dozen miles west of Havana to any of several impoverished beach communities . . . .

And then I’d remember that the Eugene Emeralds are a tribute to those hearts. 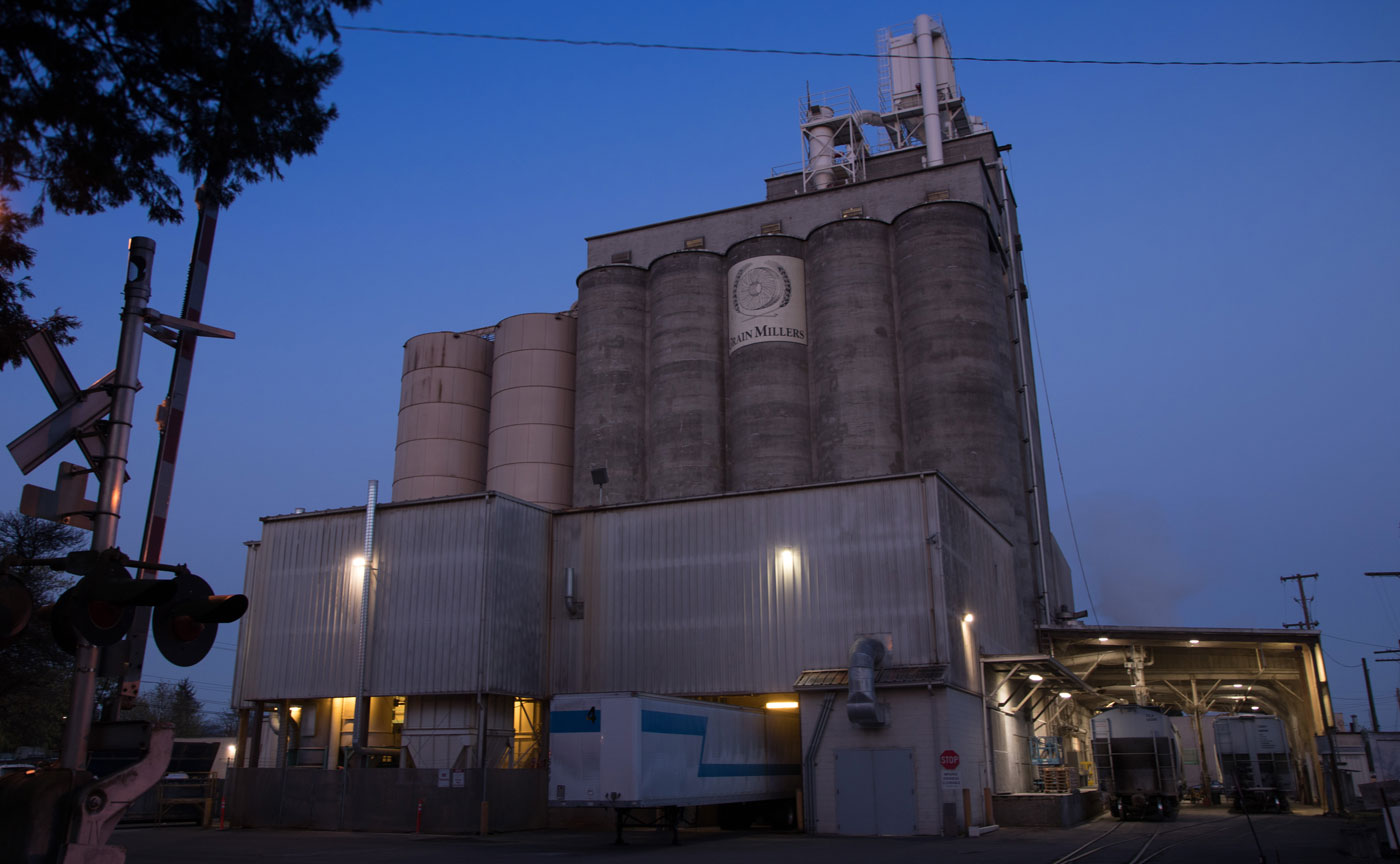 It’s certainly not a misstatement to call it a local landmark. After all, the stars and stripes–adorned apex of the building stretches more than 135 feet into the skyline of Eugene’s downtown core. It’s the dominant structure looking west from Skinners Butte and for passing freeway motorists glancing just beyond the I-105 bridge.

Grain Millers: It’s an odd architectural amalgam of 70-year-old concrete, wood, and metal grain silos holding court over huge storage bins, grain transfer chutes, and robust machinery married to massive quantities of oats and smatterings of barley, wheat, and rye. Grain Millers seems to be a small mystery of timeless proportions. It’s also the largest grain mill on the West Coast and the No. 2 oat manufacturer in the US.

In their earliest incarnation, the silos at 3rd Avenue and Madison Street held chicken feed. George Zellner built the structures for his sizeable onsite chicken farming business during World War II, when a perceived need for food protein was an important part of the American zeitgeist. Zellner shipped hundreds of thousands of eggs across the landscape. He also found profit in manufacturing feed grain for all manner of domestic farm animals, and he leased out ground-floor market space to farmers, restaurateurs, and artists. Then in 1986, he sold the whole shebang to Christian Kongsore, Sr.

Kongsore founded Grain Millers. A Norwegian immigrant, Kongsore was a master at milling oats. His vision allowed no room for chickens or greengrocers or animal feed. Instead, the business was tied to his realization that consumer demand for oat products was growing exponentially. And the Eugene mill site alongside railroad lines offered an ideal location for importing huge quantities of inexpensive grain from Canada’s western provinces.

Today, 35 years later, Grain Millers still quietly mills and ships tons of naturally processed, organic grains and grain products to many of the largest food manufacturers in North America. And Chris Kongsore, Jr., president of West Coast operations, quietly confesses that he still holds firm to the modest, folksy Norwegian philosophy his father insisted was the underpinning for Grain Millers’ success: “The whale that spouts the least is the whale least likely to be harpooned.” 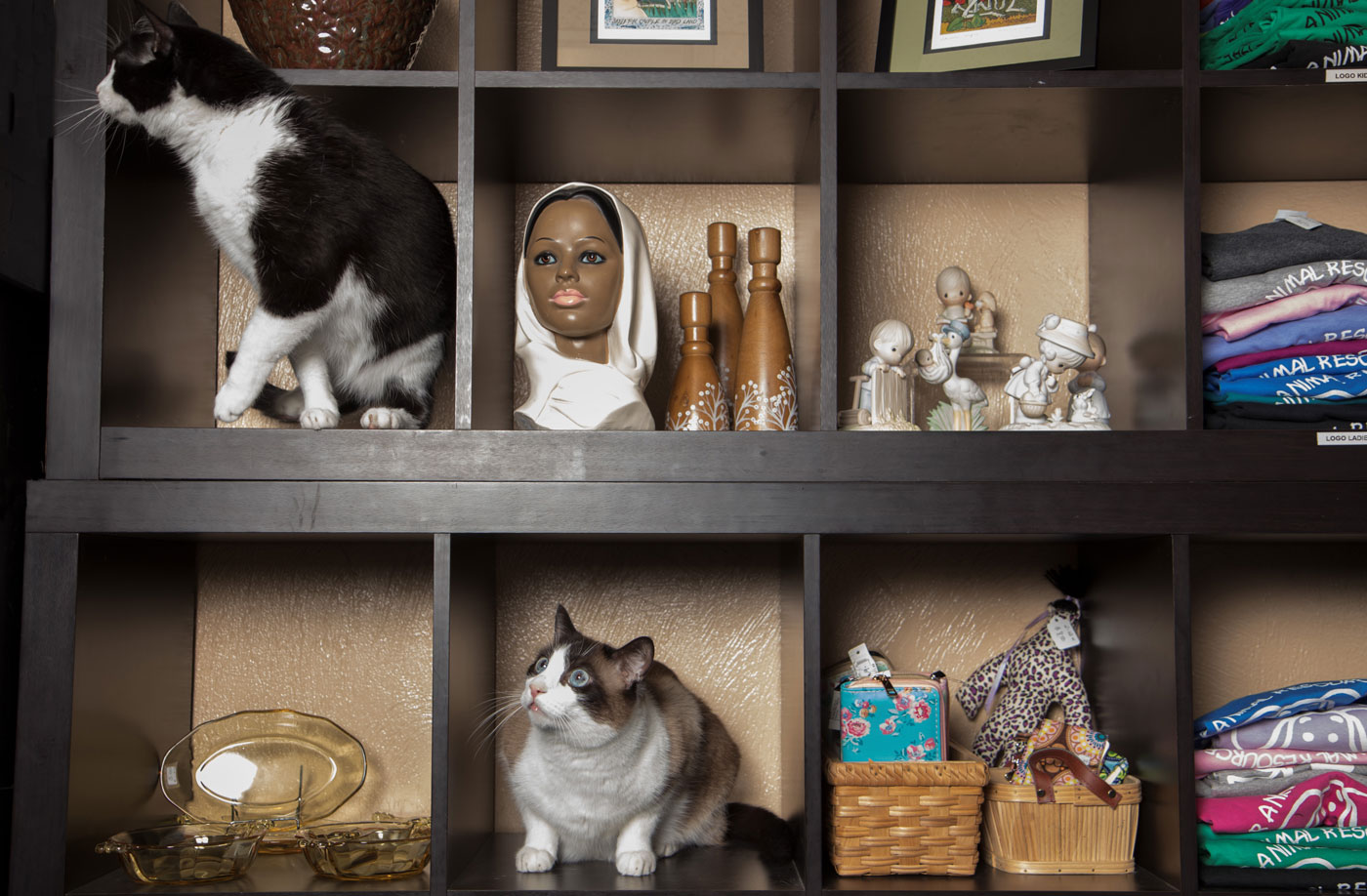 At last count, Shelter Animal Resource Alliance (SARA) volunteers had rescued nearly 1,000 dogs and more than 900 cats from being euthanized in local shelters. Another 160-plus pets from low-income settings that SARA has sponsored for spay and neuter operations translates into 1,700 estimated averted animal killings. The combined total reflects more than 3,600 saved lives.

Stunning statistics, especially when you realize this passionate concern for pet welfare emanates from a small, secondhand shop tucked away on River Road. The store’s mission dates back to the late ’90s, when now-retired founder Diane Robinson launched the charity to rescue dogs facing euthanasia because of foster placement or adoption shortages.

But Kelly Coulter, SARA’s current operations manager, says conditions affecting the homeless pet population have changed over the past two decades. “We work with a lot of other dog rescues,” Coulter says, “but it seems like right now, we’re finding that the need for cat rescue is up a lot.”

Which is why the thrift store sometimes shelters upwards of several dozen furry felines on location. Some live alone in unlocked cages. Some share space in kitty dormitories. Some daytrip underfoot or among shelves of secondhand goods. Others wander the store as free-range critters overseeing their kingdom night and day. Most embody a common condition: They all have special needs, such as extreme shyness, old age, health issues, or social anxiety.

Coulter says SARA used to rescue “almost every cat on the block that needed a home.” But then, other feline rescue groups started stepping up. “And yet, most of the other groups just weren’t able to work with special needs,” she says.

SARA relies on several dozen volunteers in service to special needs cats. The team includes veteran helpers, a cluster of skilled foster parents, and a variety of part-time workers, including high school students. They take care of the cats, raise funds, arrange foster placements and adoptions, and manage the store.

“We’re all very dedicated, but still it’s a hard job,” Coulter says. “Being successful requires a lot of work—finding enough money to feed and assist the cats, providing medical care, and managing special fundraising events. That’s a good way to sum it all up!”