What started as a small gathering of women in Karm Hagedorn’s living room in 1989 has now grown into a choir of 90-plus members with a tour schedule and a huge name in the Eugene and LGBTQ+ communities. You may have heard them singing at the Saturday Market or spotted their name flash across the Hult Center message board: Soromundi Lesbian Chorus.

Their motto—“Through the power of music and inclusion, we affect positive change in our community”—rings true, and they have stuck by that motto throughout the years, from singing at local protests to youth outreach. While the choir started as solely for lesbian members, it has opened its doors to anyone over the age of 18 who identifies as a woman, non-binary, or gender expansive. There are no auditions, you simply must have a love of singing. 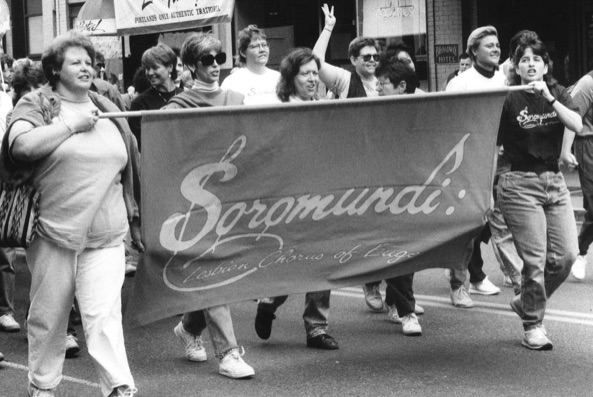 Some of their most notable shows include a flash mob at the Tacoma Mall in Washington, a collaboration with the Eugene Gay Men’s Chorus, a Broadway-themed show (complete with costume and dance), and collaborations with stellar art groups such as Orchestra Next and Denbaya Drum and Dance.

“We believe that 90 women singing underneath a banner of a lesbian chorus has an impact on the community that hears and sees us, and that we can be a force for change,” Soromundi president Kate Barry says. As an active member for 25 years, Barry has seen this small group flourish into a nonprofit organization that goes on tours, collaborates with other chorus groups across the Pacific Northwest, and works with LGBTQ+ youth groups. 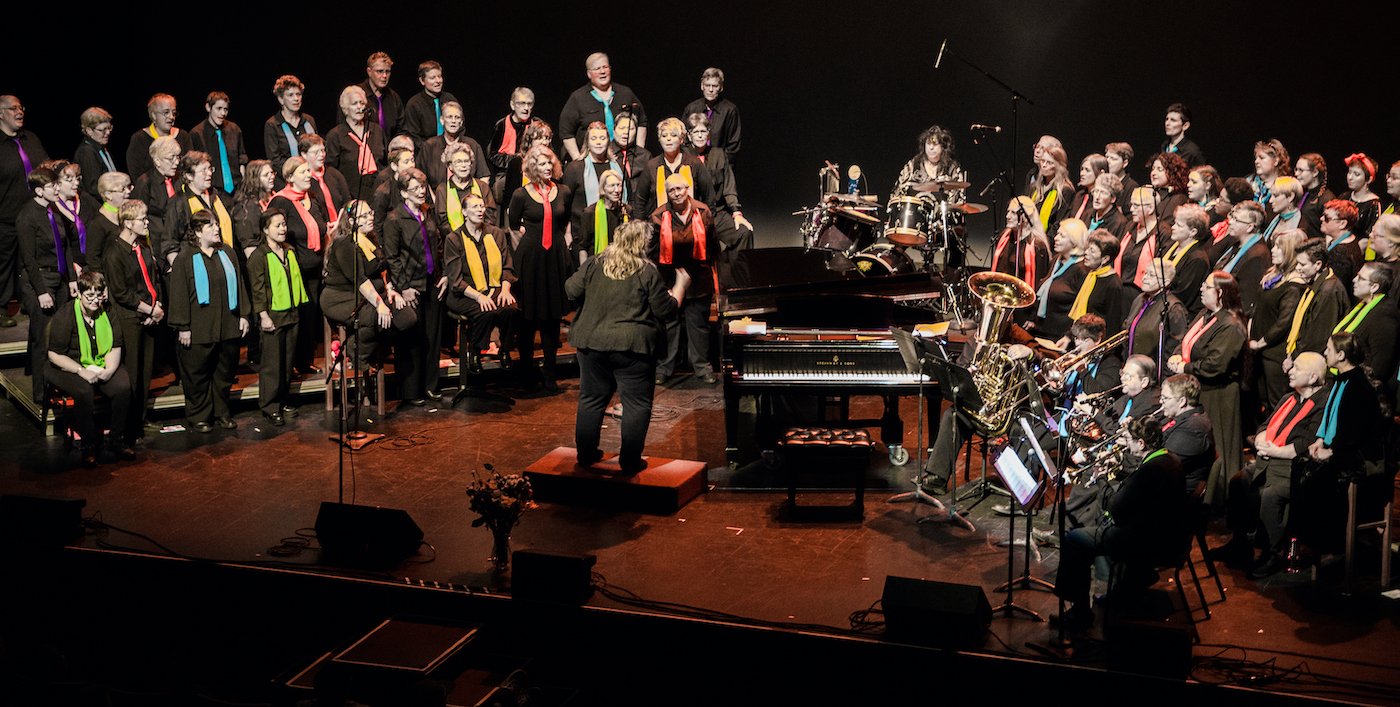 One of their youth outreach programs was a daylong workshop and shared concert with the Portland youth choir Bridging Voices. They have also hosted Pink Prom, an inclusive event for LGBTQ+ teens and allies.

While most of the Eugene community is supportive of the LGBGTQ+ community, there is still some pushback. “We have gained a lot in terms of legal rights and support from the majority culture,” Soromundi director Lisa Hellemn says. “However, we still find ourselves interacting with people who very much disagree with this shift.”

Currently, Eugene is seeing a decline in LGBTQ+ public spaces. “In the ’70s and early ’80s, Eugene had a lesbian-feminist bookstore, a lesbian coffee shop, multiple gay bars, a women-identified cafe, a lesbian-feminist dance troupe . . . now we have none of these, but we do still have Soromundi,” Barry says.

With the heavy impact of COVID-19, the chorus had to postpone practicing together and cancel their 30-year celebration and their tour in Northern California. While they have still been able to practice via Zoom, they will hopefully be back to performing sometime this year.

Aside from the COVID unrest, the choir recently formed a diversity committee in response to the racism issues sweeping across the nation. “Some of us have marched in political events, while some have rededicated themselves to studying and focusing on ways to make the world more equitable for [people of color],” Hellemn says. The choir, known to stand for civil rights issues, often performs at local MLK events in solidarity.

Above all else, Soromundi stands for community. If the choir members aren’t singing, they’re mowing the lawn for a member who’s ill or grabbing groceries for those who can’t leave the house. They stretch each other’s capabilities and support one another and the community.

With the hope of being able to safely unmask and perform for an eager audience on the horizon, the members of Soromundi are ready to celebrate with song and dance.

“A big thank you to our donors and supporters who have helped us during the most difficult season imaginable,” Hellemn says. “You have allowed us to stay in existence this year and keep everyone safe.”

Local Lights & Sights:
Where to celebrate the holidays in Eugene this December