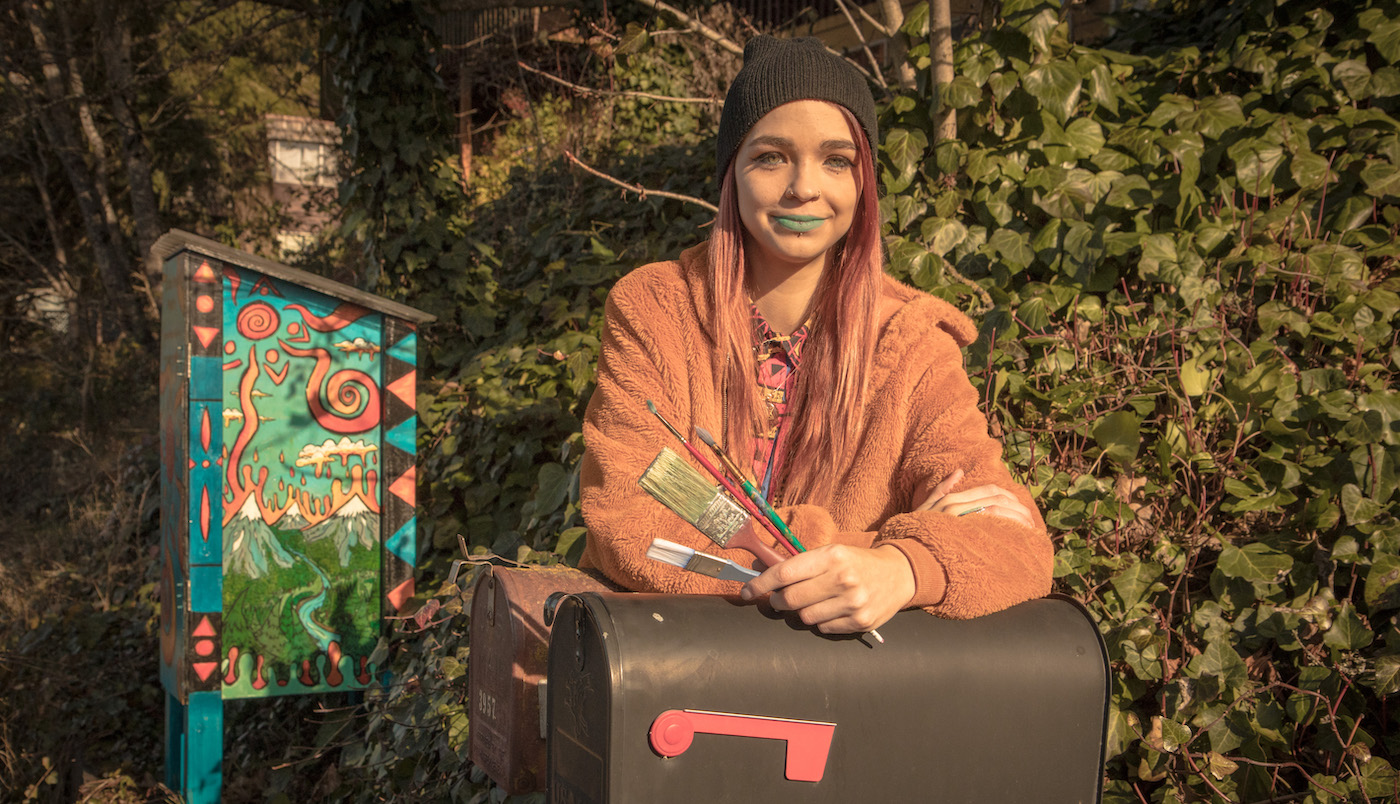 Over the past few years City of Eugene Cultural Services has orchestrated a vision of Eugene as both an art exhibit and art studio. The public is seen as both an art audience and contributing artists. Public events and arts programs have been key items on the city’s cultural agenda.

Consider mural art. In recent years, murals have gained a prominent place in the local public art scene. The city’s Urban Canvas program has built a roster of more than 100 artists looking to be matched to mural-related projects. The city provides project coordination while working to match artists and local businesses whose ambitions include not only mural art on building exteriors, but also on other public structures that can function as art venues.

The 20x21EUG Mural Project was established by Eugene Cultural Services to create 20-plus world-class outdoor murals before the World Athletic Championships Oregon22. More than 20 highly regarded artists recruited from across the globe have completed murals to date. Three of the muralists—Ila Rose, Bayne Gardner, and Kari Johnson—are local talents.

Peighton Carmichael is another local artist on the Urban Canvas roster. Carmichael was chosen to decorate a pair of Tiny Free Pantries managed by the nonprofit Burrito Brigade. Several dozen pantries across the community serve as public distribution sites for free meals.

The public art associated with the Urban Canvas project is plentiful and varied. Have you noticed certain traffic control boxes at street intersections across town? Much like the pantries, the boxes display mural-style art.

Or how about the oft-changing, seasonally themed windowfront exhibitions, Harmonic Laboratory light displays, and recent illuminated works of art showcased in downtown Eugene storefronts and other city center locations?

Or the BRIDGE Exhibitions—group-created art displays focused on socio-political themes? The most current project, “Reflections,” is mated to a red British phone booth in the Whiteaker neighborhood where art consumers record messages for their future selves with hopes for social change. 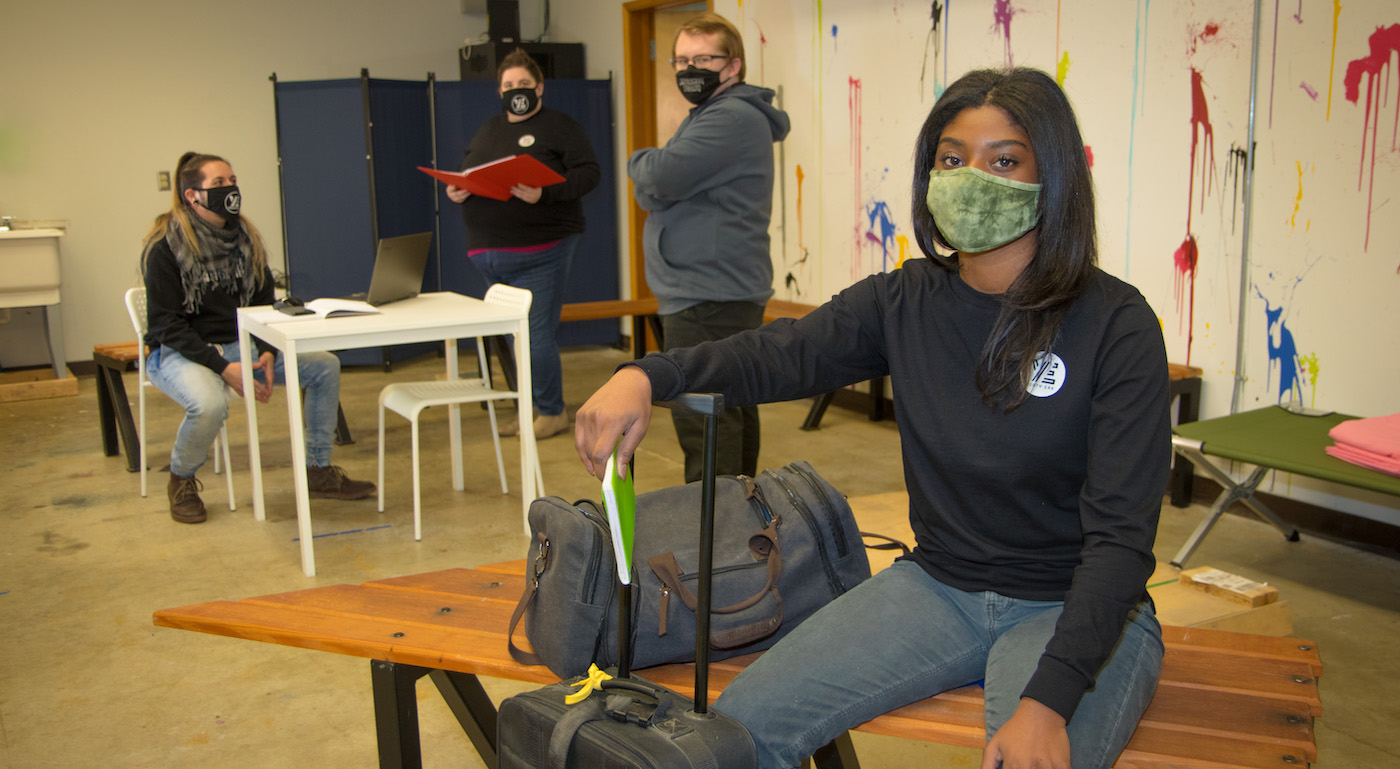 The Eugene Drop site in downtown Eugene has largely flown under the radar. An evolving master plan points to the large, remodeled site across from the Hult Center becoming a new, cornerstone safe space where young people can learn leadership skills to promote positive change.

Eugene Drop is managed by the organization Youth Era. Drop will be functioning largely as an overnight shelter for homeless youths. Over time, they are working to become more.

“If you look back at what we were doing early on, our whole goal has been how we can move the needle in the mental health world to help young people in significant ways that will improve their quality of life, but cost the system less money,” Youth Era CEA Martin Rafferty says.

Rafferty explains that Drop’s approach emphasizes youth development, character strength, personal engagement, and relationship success. “Those core issues from the mental health side are what we’re bringing into this specialized homeless service array,” he says.

Drop will soon start accepting youths for overnight stays. Residents will typically be confronting issues like family emergencies; physical, emotional, and sexual threats; and homelessness. The center is initially expected to provide beds and meals to 15 to 30 young people a day.

“What I think most critical at this point is that we have people here who are cheerleaders, reliable people, helpers who are always available to the youth and can give them that extra push and follow-through they might need,” chief program officer Tia Barnes says.

“This is going to be a catalyst for change for youth in our community,” says Megan Shultz, community coordinator at 15th Night. “The vibe in here is going to feel very different. I think kids will walk in here and feel like they belong and that they’re cared for.” 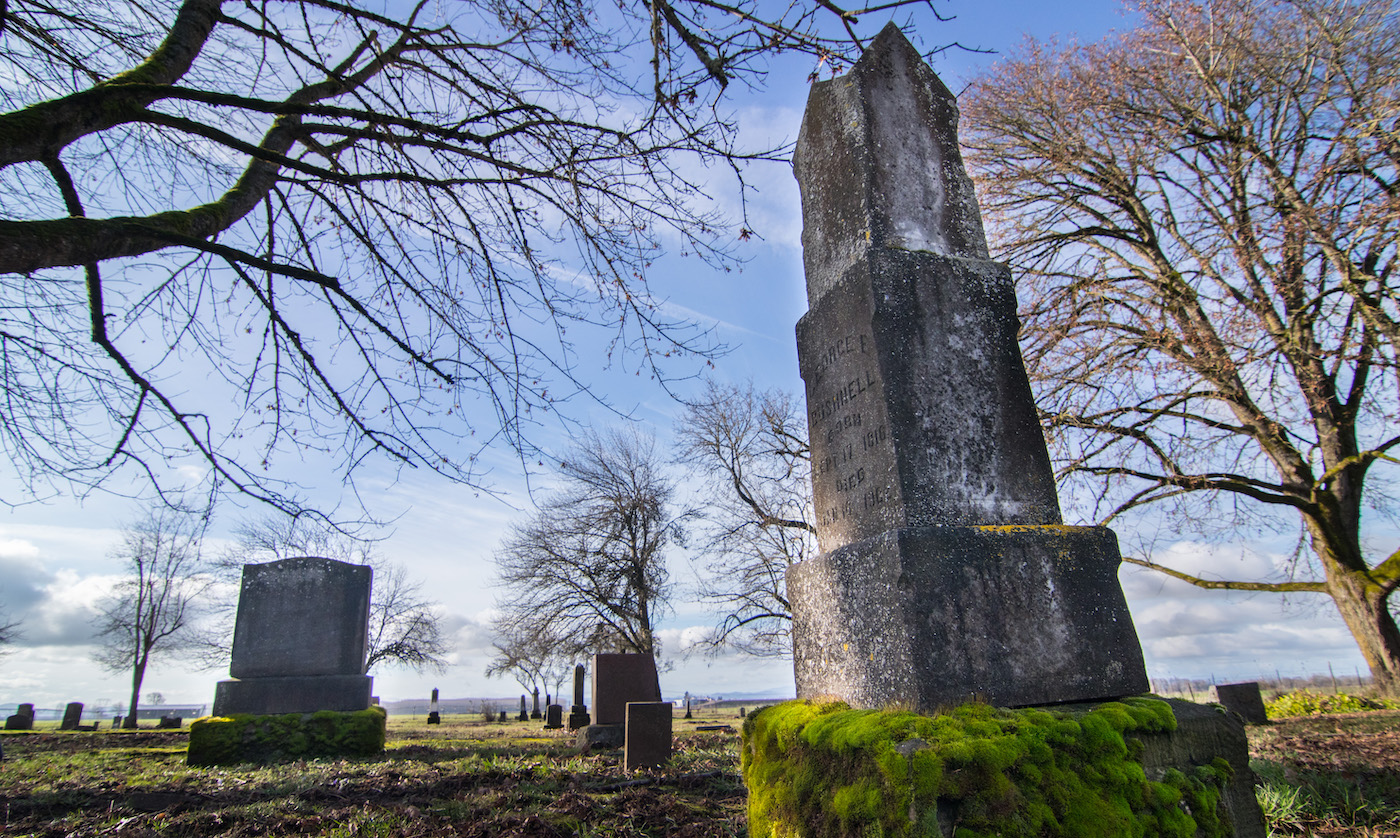 The land stands a couple feet above the surrounding Willamette and McKenzie River floodplain. Its boundaries are found in the same rich farm soil that attracted many of Oregon’s immigrants during the mid-1800s. The area is known as Luper Cemetery. It’s officially a fixture in Junction City, roughly a quarter mile north of Beacon Drive, slightly east of River Road in Eugene, and it is one of the oldest pioneer cemeteries in the southern Willamette Valley.

Luper’s burial sites date back to 1856. Many of the nearly 170 gravesites reflect the colorful history and impact of those early settlers. Their stories continue to hold authority today.

Here’s a fascinating piece of Luper history: In 1853, a wagon train from the Midwest diverted from the Oregon Trail in an effort to find a shortcut through the Cascades to the Willamette Valley. The expedition became known as Oregon’s “1853 lost wagon train.” Many of the travelers starved and died—though more than a thousand of those explorers eventually found their way to the Eugene area. Their numbers doubled the population of Lane County, and 18 of those same folks secured their final resting place in Luper Cemetery.

Luper has generated notable yet limited special attention over recent years. It has served as a location for community service projects for high school students, college athletes, and Boy Scouts. Graduate degree studies have been inspired by the graveyard’s history. It’s even been a source of speculation—including a YouTube documentary—concerning hauntings and other paranormal phenomenon.

And for many local visitors, it serves as a popular and rewarding destination for simple day hikes, pet walks, and contemplation.

Strength-based support:
Ophelia’s Place empowers even during a pandemic

Discovering their Wings:
Healing with horses at the Pegasus Center

Feeling cold yet? Heat up with some hot jazz at @t

Hey Stephen at @fallingskybrew! You are our raffle

To Theresa Wang, fall is the best time to visit Ta

The coast never disappoints. There’s a bit of ma

Fall football is back, the Saturday Market continu

As fall approaches, there’s no better time to be